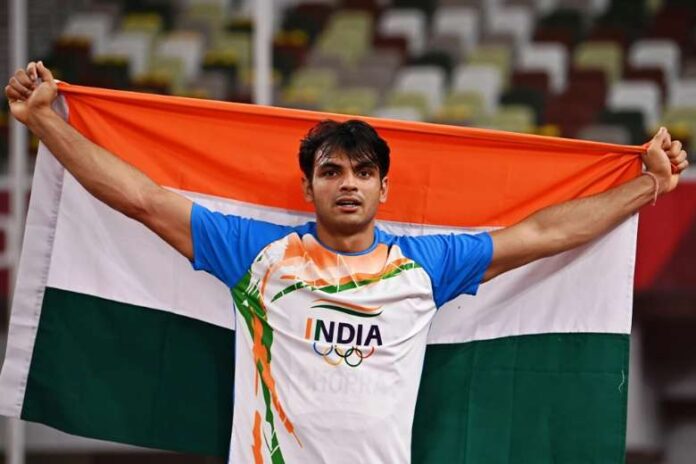 A billion hearts raced up and down when India’s hockey teams – both men and women played some crucial games and went on to make the nation proud. A billion hearts held their breath when Neeraj Chopra was on his run up to throw the javelin and cheered along with him as he raised his arms in the air when the Javelin was mid air and then eventually went on to land past the 87m distance. More than a billion hearts celebrated and rejoiced in the same way they do when India wins a cricket match which is something we all wanted to see for the longest time. This is India’s biggest victory apart from the medals we won.

Mirabai Chanu got the party started when she won a silver in the women’s 49 kg weightlifting competition. A billion people were equally happy when Ravi Kumar Dahiya bagged a silver in the Men’s wrestling (57kg) event. When Lovlina Borgohain or Bajrang Punia bagged their bronze medals, the nation was equally happy. PV Sindhu again showed why she is one of our most valuable athletes as she bagged another olympic medal.

This year was India’s best performance in the Olympics grabbing a total of 7 medals across varied events including 4 Bronze, 2 Silver and a Gold Medal – India’s seven heaven. India had sent its highest ever contingent in the Tokyo Olympics consisting of 126 athletes across 18 sports disciplines. Indian athletes participated in a total of 69 cumulative events making it the highest ever for the country.

Let us look at the foundation of India’s Seven Heaven at the Tokyo Olympics 2021.

4. Ravi Kumar Dahiya – Wrestling (Men’s 57kg) – The 23 year old wrestler from Sonipat, Ravi Kumar Dahiya became India’s second debutant star to win a medal in Tokyo Olympics 2020. What Ravi did was quite sensational and just to put things into perspective, he is only the 7th Indian to win a silver in an individual event at the Olympics for India

5. India’s Men’s Hockey Team – Moscow, 1980 was the last time India won a medal in the Olympics for their National game. The country had been starved of an olympic medal for 41 years but the Indian Hockey team decided enough is enough. They fought hard, punched above their weight and finally defeated Germany in a thrilling contest with a final scoreline of 5-4 to win the Bronze medal.

6. Bajrang Punia – Wrestling (Men’s 65kg) – Wrestler Bajrang Punia was making his debut for India but in no way did he play and perform like a debutant. He seemed like a pro, plying his trade and showing why he was the one who brought honour and happiness to his country with his sheer will and performance.

7. Neeraj Chopra – Javelin throw (Men’s finals) – Cometh the hour, cometh the man.After what happened on that Javelin throw final, both Neeraj Chopra and India are still on cloud 9. He became the first Olympian to win a medal in Athletics/ track /field games and that too a Gold. Talk about making a name for yourself in style! Thanks to his effort India has surpassed its previous best Olympic record of 6 medals at 2012 London games and that too in Gold.

A Table Showing Complete list of India’s medal winners at the Tokyo Olympics, 2021.

Legendary Cricketer Wasim Akram Reveals He Was Addicted To Cocaine Post Retirement & How...

5 Tips For Writing a Good Article

November 18, 2022
0
The most-watched sport on the planet and the most-followed tournament in the world is here. It’s time for the FIFA World Cup 2022. Last time, 4 years ago...
Read more

IPL Transfer Window – As It Happened. Who Went Where & Current Squads –...

ABOUT US
Fun88.net is your destination for the best online sports content, related to football and cricket.
FOLLOW US
© 2020 FUN88 | All Rights Reserved
WhatsApp us
Go to mobile version