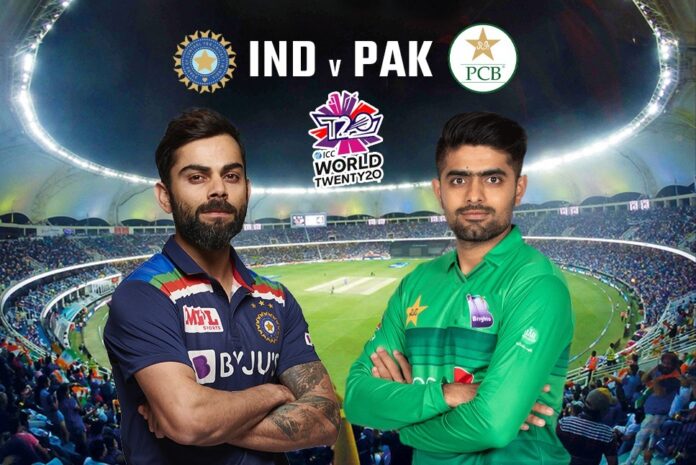 This is India vs Pakistan and that too in a World Cup game.

The stakes are as high as stakes can get.

If any expert, ex-cricketer or friend told you that it is just a normal match, you know they were lying or just trying to calm-down. Don’t calm down, it’s finally time for India vs Pakistan and that too in a World Cup.

India will start their T20 World Cup campaign against Pakistan on the 24th of October, 7:30 PM IST. When this game is played, the streets will be empty, offices will be shut and anyone and everyone in both the countries will be glued to their TV screens.

But sometimes a thing that promises ever so much has a tendency of delivering ever so little. And this has actually been the case of India vs Pakistan playing each other in a World Cup game. India have never lost a game to Pakistan in a World Cup match. And that too ever since the inception of the World Cup. That is some record to have in your pocket. It gives one the ultimate bragging rights doesn’t it?

So will the tale continue in the same fashion ya fir kahani me aaega ek naya twist?

Pakistan are coming on the back of some good wins and have played some good cricket. Babar Azam has been in some fine form and Rizwan has been in the form of his life. Pakistan have always been a terrific bowling side and the only problems they used to have was with their batting and now those problems look like they have been fixed hugely if not totally. This should make this encounter too close to call.

As they say every encounter is a fresh encounter and specially when it comes to T20 cricket, past records, form or reputations count for nothing. What matters is how you play on the given day and anybody can beat anybody. Team India will be vary of that fact and won’t make the mistake of underestimating their opposition. Especially when the opposition is Pakistan – who know the conditions in UAE like the back of their hands as they have been playing cricket here regularly for a better part of a decade.

India have also been playing at the UAE for a better part of a month thanks to the IPL (Again!) and they also must be pretty used to the conditions there by now. However playing an IPL game and playing a World Cup game against Pakistan are really two different adventures. Will this be an adventure of a lifetime to cherish for the Indians or will finally Pakistan break their World Cup jinx against India, we shall know in a few days.

Will Rohit Sharma miss the Aussie tour? If yes, who is...