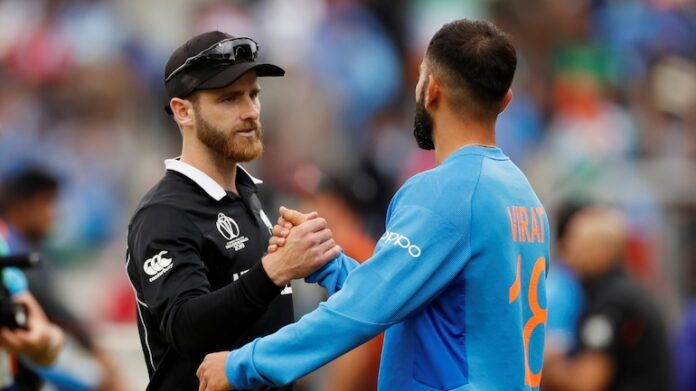 After last Sunday’s heartbreak when India finally lost to Pakistan in a World Cup game and that too by 10 wickets, it’s time for team India to continue their conquest in the T20 World Cup. After a whole week’s rest and some much needed recovery for the Indian players who have been playing regularly in the UAE for more than a month, India are set to lock horns with New Zealand.

After India’s loss in the first game and considering the group India is in, the significance of this match in terms of India’s future in the World Cup cannot be emphasized more. From each group only two teams will qualify for the semi-finals. Considering Pakistan have played and beaten India, New Zealand and Afghanistan and are sitting pretty at the top of the points table, and have games against Scotland and Namibia which they should win comfortably too – they are bound to qualify.

Now that means only either of India and New Zealand will qualify. India and New Zealand have both lost to Pakistan. Now considering India and New Zealand both will beat Afghanistan, Namibia and Scotland – the probability of which is very high, this becomes like a quarter-final game. Even though there is nothing certain in cricket and we all know that cricket is a funny game, we don’t want team India’s hopes to lay hanging on other results, do we?

Both teams know the importance of this match and both teams will come all guns blazing in this game and there is no doubt that this will be a blockbuster of a game. However, since the past few years New Zealand have had an upper hand over India as far as the big games are concerned. Remember the semifinals of the 50 over World Cup in England? Or the final of the World Test Championship?

However, when it comes to the T20 World Cup, India and New Zealand have played against each other twice and both times, it has been New Zealand who have won the game. So they clearly have the upper hand coming into this game.

Since the last T20 World Cup that was held in 2016, India and New Zealand have played 8 T20 matches and team India have managed to win ALL 8. Yep! That’s right!