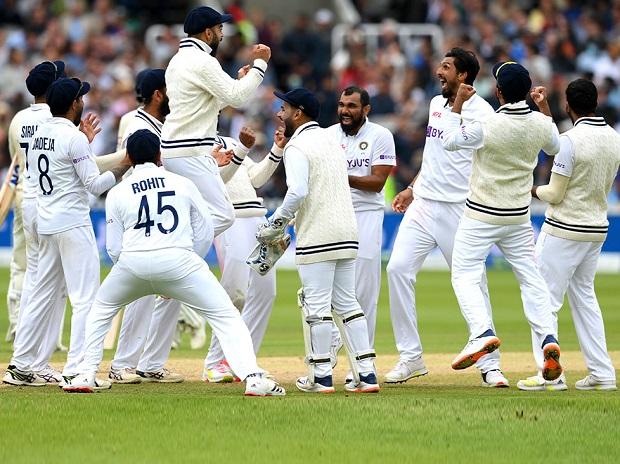 After a huge loss by an innings in the third test, Team India will be eager to come back with a bang. This series is nicely balanced at 1-1. There are two more games to go and this really could go either way.

Being bowled out for 78 in the first innings of the previous test may haunt them even in this test. But this team knows how to fight back. Remember what happened in Australia? 36 All out?

Half injured, Half unavailable side. Yet, they won the next match. And also the series. Will history repeat itself? We’d rather hope yes.

But England will not. This is why they have one of their main bowlers coming back to the playing XI. Veteran Chris Woakes will be joining in to bolster the attack. Good thing is that he adds value with his batting too. In the last game Haseeb Hameed & Dawid Malan were also called back to the squad and they looked rather very comfortable against this Indian attack which had been troubling England in the first two games.

They will however miss the services of their Wicket Keeper Jos Buttler who will miss this test on account of Paternity leave for the birth of his second child. He will be replaced by Sam Billings in the squad even though Bairstow is expected to be on Glove duty. Who will England opt for, that remains to be seen. However they have a pretty settled squad now.

India on the other hand has some problems to address. Though there is no panic mode on and ‘all is well’. But they still would be concerned about the form and the lack of runs from their middle order. Rahane and Pant have had a torrid time in England so far and India will really need a team effort if they have to win this series from a now very confident England. Virat Kohli scoring a 50 in the previous game would help them feel a little better. But you cannot feel much better after you lose a game by an innings after being bundled out for 78. Can you?

The 4th Test between England and India has begun. England have won the toss at the Kensington Oval in London.

Here are your two teams for the 4th Test.

England’s bowlers started with a bang. They dismissed the Indian top order very cheaply and very quickly too. India were 39-3 when Jadeja was sent out to bat. Rohit was the first to be sent back to the pavilion with a score of 11, then K.L Rahul too followed him soon after being dismissed for 17 by Robinson. Pujara’s misery continued yet again as he nicked behind an out-swinging Anderson delivery getting out for yet another single digit score. Virat Kohli seemed his old-self today. He played some eye-pleasing fabulous shots and of course his famous cover drive that was just picture-perfect.

England bowl India out for 191

India were troubled once again by English bowlers and on a pitch that was just doing everything on the first day, India were bowled out for 191 with half centuries from Virat Kohli and Shradhul Thakur. Thakur was India’s top scorer in the first innings with 57 followed by Virat at 50. All rounder Chris Woakes who was just making his comeback into this game was the best bowler of the Innings who picked up 4 wickets followed by 3 wickets by Robinson.

After being bowled out for 191, India came back strongly in the first innings with the ball. Jasprit Bumrah was on fire as he picked two quick wickets in the same over. England were 6-2 after Bumrah’s double strike. Just then, Dawid Malan and the man in form – Joe Root started stitching a partnership. Root has scored three back to back centuries in the last three tests and has become the No 1 ranked test batsman. He looked set for another big one but Umesh Yadav had other plans. He bowled Root out for 21. England are now reduced to 53-3.

With 13 wickets on the first day itself, this test match seems to be moving fast.

But which way will it go? England or India?

Well, no one can tell. But it certainly won’t be a draw.

With the game nicely poised between the two teams, Day 2 promises to be as exciting as ever.