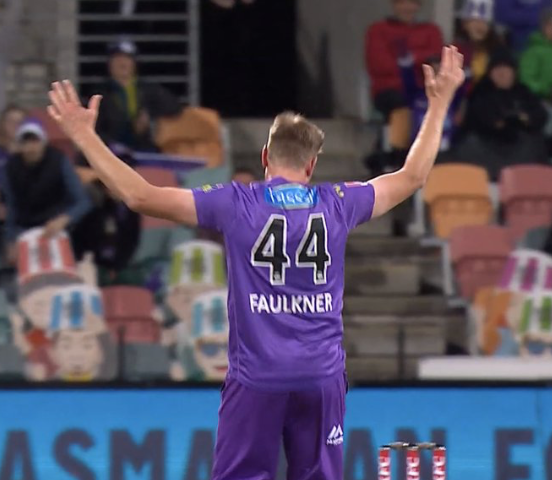 The Hobart Hurricanes have started the BBL with a bang by defeating the much fancied Sydney Sixers by 16 runs.

Let’s learn a little bit more about this promising team from Tasmania.

Of all the eight teams in the Big Bash League, only two teams have never won the tournament and one of them happens to be the Hobart Hurricanes.

They have been a team that have shown promise but have never been able to deliver a sustained performance throughout the tournament.

Will that change this year? Let us find out.

The Hobart Hurricanes are based out of Tasmania, Australia and their home grounds include the Bellerive Oval and the University of Tasmania Stadium.

Notable players who have played for this team include D’Arcy Short, Matthew Wade, Tim Paine, Ben McDermott, George Bailey, Dan Christian, and Jofra Archer with some of them still being a part of the Hurricanes.

The Hobart Hurricanes have finished as runners-up twice and have reached the semi-finals a further two times but they have had a run for the past nine years that has ebbed and flowed between the astoundingly impressive and the ludicrously lackluster.

A case in point is the fact that they hold multiple records including the highest team total in Big Bash history and the top four highest run chases in the history of the tournament.

Many of their players have also created great individual records such as their captain Mathew Wade’s unbeaten 130 last season which happens to be the second-highest individual score in the tournament’s history.

Similarly, others like D’Arcy Short and former players like Dan Christian have had impressive outings with the team.

So, why hasn’t the team achieved great success?

It all comes down to a lack of consistency. While they have gotten themselves out of many hairy situations, it was also their lack of application during the initial stages of a match that got them in those situations in the first place.

They have also been a team that thrives on individual performances instead of a collective performance which means that when no one gives a great performance, the team just sinks like stone in water.

For this season, the Hobart Hurricanes are once again being led by Mathew Wade and the head coach is Adam Griffith.

D’Arcy Short is their most promising player and others like Peter Handscomb, Ben McDermott, James Faulkner, David Miller, and Wade himself will all play pivotal roles.

The dark horses will be spinners Qais Ahmad and Sandeep Lamichane.

The one element of the Hurricanes’ squad that has lacked firepower in the past was their spin department. These two are proven wicket-takers who can be the difference-makers the Hurricanes have been missing out on so far.

Mathew Wade also has some experience of leading the Australian team when it didn’t have all the star power it does now and he still managed to get some good results out of his team.

He will have to recreate that magic. Above all, they need to get going as a tight cohesive unit. Many of the current players have been a part of this team for some time now and they should be able to put up great team performances instead of just relying on a few individuals to pull them out of sticky situations.

They also have the right mix of youth and experience and this can potentially fix their biggest issue.

They now have the personnel to be able to sustain good performances throughout the long tournament and it will all come down to execution.

That is where the coaching staff comes in. The current Hobart Hurricanes squad lacks the kind of star power the other teams have but they have enough underrated talent among them and this makes them the dark horses of the Big Bash League.

They have the potential to go all the way this time and at the very least, they will produce some of the most entertaining moments of the Big Bash League if the first match is any indication.