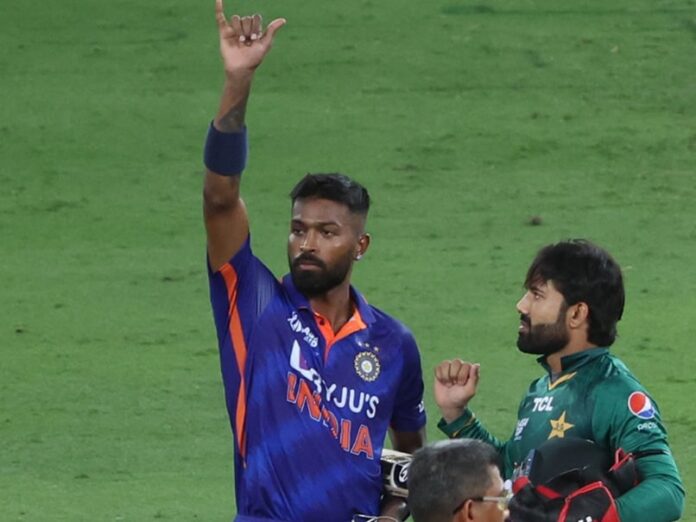 Another feather has been added to this epic saga of Hardik Pandya comeback fairytale. And this time it’s the bigger one. After his amazing performances in the ongoing T20 World Cup, Pandya has been handed captaincy of the Indian T20 squad that will play against New Zealand. Virat, Rohit & some big names have been rested but what matters is that Hardik Pandya has been named as India’s T20 Captain. What a comeback story this has been!

Tough times don’t last, but tough people do. And, the best thing about time is that it changes. Take Hardik Pandya’s last year as an example. After making a very interesting rise in the IPL and then at the international level, Hardik soon became India’s go-to player in all three departments of the game. But like always something had to go bad.

Hardik Pandya led Gujarat Titans to their first IPL trophy in their very first season and for the very first time as a captain. He was the epitome of leadership in the IPL. He played brilliantly both as a player and a leader. With the bat, he took up more responsibility and bailed out his team many times. As a captain he was even better, he marshalled his troops quite brilliantly.

And then after a brilliant IPL, he was rewarded instantly with a call-up back to the national side. And if you have followed the series even remotely, you will know that he was brilliant in the T20 series against South Africa. He is looking brilliant with the bat and the hunger he has shown is tremendous. And he did contribute with the ball as well. But his reading of the game, his game sense and how he has started looking so mature as a player is simply outstanding.

It took a lot of practice. A lot of sweat, blood & tears. He used to train at 4:00 am. For a guy who is so extravagant and flamboyant, he started sleeping very early and started waking up at 4 just to train. He used to monitor his diet, work on his game and train his heart out on the field. He wanted to make a come-back. He was desperate for it. Maybe that is what hunger is.

As you sow, so shall you reap. And now all his efforts have paid off. He has been selected as India’s captain for India’s tour to Ireland. So from being out of the team and struck-by injuries and bad form, Hardik Pandya has come back successfully to become India’s Captain and an IPL winner.