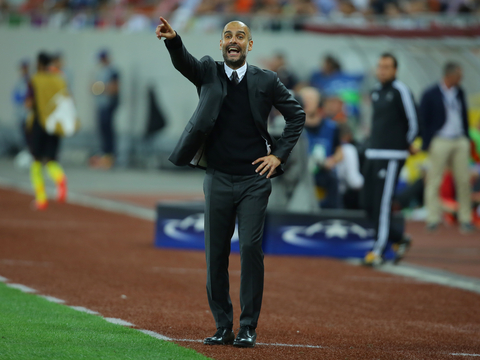 Why is Guardiola angry?

The Court of Arbitration for Sport (CAS) overturned Man City’s ban from the UEFA Champions League.

One would have thought Peo would be happy.

But no such luck.

Guardiola angry with the big clubs

Pep has demanded an apology from UEFA. At the same time, he blamed Liverpool, Arsenal, Wolves and Manchester United.

Pep’s point is clear. He says City’s wealth doesn’t sit well with traditional and current rivals. This is what Pep said.

“We don’t expect Liverpool, Tottenham, Arsenal, Chelsea or Wolves to defend us. But we have the right to defend ourselves when we believe what we have done is correct.”

“People said we were cheating and lying and the presumption of innocence was not there.

“This club tried for the whole history, at Maine Road or without heroes like Colin Bell or Mike Summerbee, the legends that we have had, we have done our best to do it on the pitch.

“I know that for elite clubs like Liverpool, United, Arsenal, it is uncomfortable us being here.”

“But they have to understand we deserve to be with them and fighting for the achievements that they have achieved in the past.

We deserve to be stronger year by year. There are incredible people in this organisation working to make us better.

“We don’t have to ask permission to be there, we deserve to be there. When we lose, I will shake my hands and congratulate them but all the time we have done. Guys, accept it.”

So now we know what made Guardiola angry. But there are some others who are angrier.

LaLiga president Javier Tebas has revealed his dismay at the decision to overturn Manchester City’s two-year ban from European football.

The Court of Arbitration for Sport confirmed on Monday that City’s initial two-year suspension from playing in European competitions – originally given by Uefa back in February – was to be overturned.

It was found that City had not breached Financial Fair Play regulations. And instead had their punishment reduced to €10m for failing to fully cooperate with Uefa’s initial investigation.

But Tebas was furious with that decision, claiming that CAS was not fit for purpose.

“We have to reassess whether the CAS is the appropriate body to which to appeal institutional decisions in football,” Tebas told reporters in Madrid.

“Switzerland is a country with a great history of arbitration, but the CAS is not up to standard.”

A history of criticism

The Spanish league chief has spoken out repeatedly in recent years over Manchester City’s ownership.

In fact, he welcomed the decision back in February to ban the club from Europe for two seasons, having accused them of ‘financial doping’.

“Enforcing the rules of financial fair play and punishing financial doping is essential for the future of football.”

But now, he must be disappointed.

All said and done, this is a HUGE respite for Man City.

City will now be able to compete in the Champions League next season, and could well win this time around – first though, they must get past Real Madrid in their round of 16 clash.