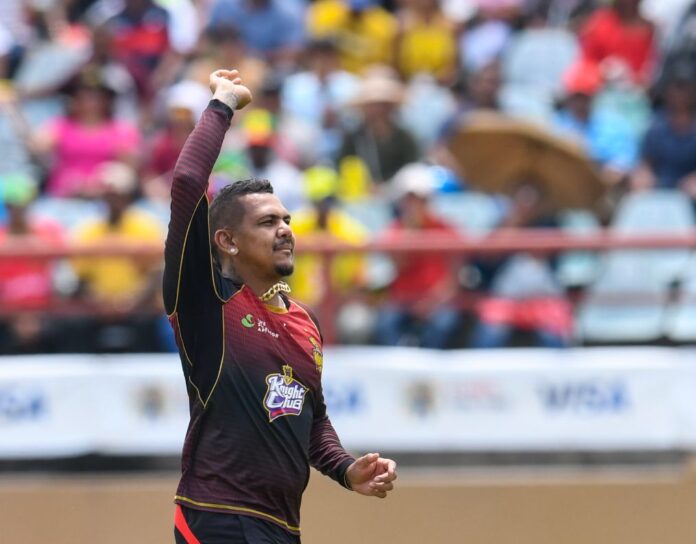 The eighth edition of the Caribbean Premier League (CPL) began last week in Tobago, with the tournament restricted to one location this year because of the coronavirus.

Despite games being played behind closed doors this year with spectators watching the games on television, we have already seen some fine performances with bat and ball.

The batters get more of the limelight but for now, let’s look at some of the greatest bowlers in the history of the CPL and their best bowling performances.

The best ever bowling figures were returned by Shakib Al Hasan, the Bangladeshi all-rounder, who is adept at middle order batting, and left-armed orthodox spin.

In the very first edition of the tournament, he was playing for the Barbados Tridents at the Kensington Oval in Bridgetown, Barbados, against the Trinidad and Tobago Red Steel, when he produced the most devastating spell of bowling the CPL has seen to date.

Red Steel won the toss and elected to bat first, a decision they soon came to rue after Shakib was introduced into the attack in the 5th over.

He promptly dismissed New Zealand’s Ross Taylor, Kevin O’Brien, and West Indies internationals Dwayne Bravo and Nicholas Pooran, as well as Kevon Cooper and Samuel Badree in his four overs, conceding just 6 runs, with one maiden to his name.

He finished with figures of 4-1-6-6, as Red Steel were bowled out for 52, with Shakib taking two catches into the bargain.

The Tridents made heavy weather of their reply, and stumbled to 39/6, with Shakib managing just one with the bat. However, they then rallied, and managed to win the match with no further loss of wickets.

Sadly, Shakib is not taking part in the tournament this year. Despite being named by Wisden as the second most valuable ODI cricketer of the 21st century, he is currently serving a two-year ICC ban for failing to report corrupt approaches made to him.

He also has the distinction of having recorded the second-best bowling figures to date in both the IPL and the CPL. However, whereas his 6 for 14 of the Rajasthan Royals came back in 2008, the CPL performance was of more recent vintage in 2017, in another match played at the Kensington Oval in Bridgetown.

And, it was the quality of the batsmen he dismissed that made this spell all the more impressive, his victims being Kane Williamson, Dwayne Smith , Eoin Morgan, Kieron Pollard, and Wahab Riaz.

Not only did he take 5 wickets in his spell, but he conceded just three runs into the bargain, bowling 22 dot balls out of 24. That gave him an economy rate of just 0.75, as he finished with figures of 4-1-3-5.

It was all too much for the Tridents. Chasing 160 to win, they were bowled out for just 59.

Tanvir, who has played two tests and 62 ODIs is back playing for the Guyana Amazon Warriors again this season.

It is rare that a player takes five wickets in a T20 match, and yet still does not walk away with the Man of the Match award.

However that is exactly what happened to Walsh, a leg spinner with the Barbados Tridents last year, in yet another game that was staged at the Kensington Oval in Bridgetown.

The Man of the Match went to South African JP Duminy, who scored the fastest fifty in CPL history, making 65 off just 25 balls, including four sixes and seven fours. However, his teammate Walsh could also look back on his efforts with a great deal of satisfaction.

The Tridents batted first, and posted the imposing total of 192, thanks not only to Duminy, but also Johnson Charles and Jonathan Carter who both also scored half-centuries.

And then Walsh ran through the middle order of the Knight Riders, accounting for Denesh Ramdin, Darren Bravo, Kieron Pollard, Jimmy Neesham, and Seekkuge Prasanna.

He conceded 19 runs in the process and failed to bowl a maiden, but none of his team mates complained as he ended with figures of 4-0-19-5.

In the end his side won the match by the not so inconsiderable margin of 63 runs, as the Knight Riders were bowled out in the 18th over for 129.

This is now just a footnote in history and his efforts were eclipsed by Shakib Al Hasan’s six wicket haul in the same match.

Fidel Edwards produced one of the best bowling performances in the early years of the CPL, taking 5 for 22, with a fine spell of hostile fast bowling.

It may not have been enough to change the outcome of the match, but he still gave his side a chance before the late order Tridents’ batsmen managed to hold their collective nerve.

Arguably, but for injury problems, the man whose action was once described as being similar to that of the Australian great Jeff Thomson would have had a more distinguished international career.

Left arm seamer Cottrell had a brief test career for the West Indies, but he is better known for his one-day cricket and has played 35 ODIs and 27 T20Is for his country.

The Jamaican has played for two CPL teams in his career – the now defunct Antigua Hawksbills and his current team, the St. Kitts and Nevis Patriots, whom he joined in 2015.

He was bought by the Kings XI Punjab in the 2020 IPL draft and, after the current tournament is over, will be flying to the UAE to join his franchise ahead of this year’s tournament.

The Trinidad-born player did not have a very successful test career – he played only six tests for the West Indies, and, despite taking 2 five wicket hauls in that brief spell he was discarded after playing against New Zealand in 2013.

Primarily an off spinner, who can also bat aggressively, the left-hander has had far more success in one day cricket, and, in 2018, was voted the MVP of the 2018 IPL season playing for the Kolkata Knight Riders.

In terms of the CPL he spent the first three seasons playing for the Guyana Amazon Warriors, before switching to his present franchise, the Trinbago Knight Riders. He helped his side win the championship in both 2016 and 2017.

Prior to the start of this year’s tournament, he had taken 72 wickets in 71 matches, and had an economy rate of 5.52, making him one of the most miserly bowlers in the CPL. He is known for his ability to deceive bowlers in the air and off the pitch.

Emrit may not be household name, and the veteran, who is now 39, was unlucky on the international stage, with just 2 ODI appearances to his name.

However, the all-rounder, who bats right-handed and bowls medium-fast seamers, has been an effective performer in limited overs and franchise cricket for many years, and played a starring role in the 2014 CPL when he helped the Barbados Tridents win the title for the first time.

In 2016 he moved to the Guyana Amazon Warriors and went on to captain the side in the following season.

However, for the 2020 campaign, he has switched to St. Kitts and Nevis Patriots, and has been named skipper following the decision of the franchise to release last year’s captain Carlos Brathwaite.

Despite the fact that Santokie is the second most successful bowler in the history of the CPL, the Jamaican finds himself without a CPL franchise this season for the second year in a row.

The left-hander bowls slow medium-pacers, and is known for his swing bowling technique, honed by years of playing in England.

He played just 10 T20Is for the West Indies, the last of which came in 2014, but was dropped from the side despite having one of the best T20I bowling averages of all time.

He had one spell playing in the IPL for the Mumbai Indians in 2014, although he only played in a couple of matches for the franchise.

Santokie has played for three teams in the CPL – the Guyana Amazon Warriors, the Jamaican Tallawahs, and the St. Kitts and Nevis Patriots. He was known for his ability to mix-up his bowling with breakers, cutters and the occasional yorker.

Voted the MVP in the first edition of the CPL, Santokie has taken 85 wickets in the tournament, so far, at an average of under 20. His chances of adding to that tally though, are looking slim.

Bravo is by some margin, the most successful bowler in the history of the CPL, having taken 97 wickets from 60 matches at an average of 21.52.

He has played for just the one team in that time, the Trinbago Knight Riders, and has helped them lift the title on three occasions so far.

He is renowned as a “death bowler” who has the ability to vary his length and is also known for his aggressive middle order batting – he has 10 centuries in first-class cricket to his name.

He has played 40 tests, 164 ODIs and 66 T20Is for the West Indies, and was ever present in the side that won the T20 World Cup in India in 2016 and was later voted into the Team of the Tournament.

Bravo announced his retirement from all forms of international cricket in 2016, but then reversed that decision last year and was prepared to play in this year’s T20 World Cup, although that has now been rescheduled to next year.

At the end of the 2018 season, Bravo resigned from the captaincy of Trinbago, and decided to sit out the 2019 campaign. However, he has decided to play in the current season, although the team is now skippered by Kieron Pollard.

Bravo has recently been in the news again for his public calls for the authorities to do more to tackle racism in the sport.