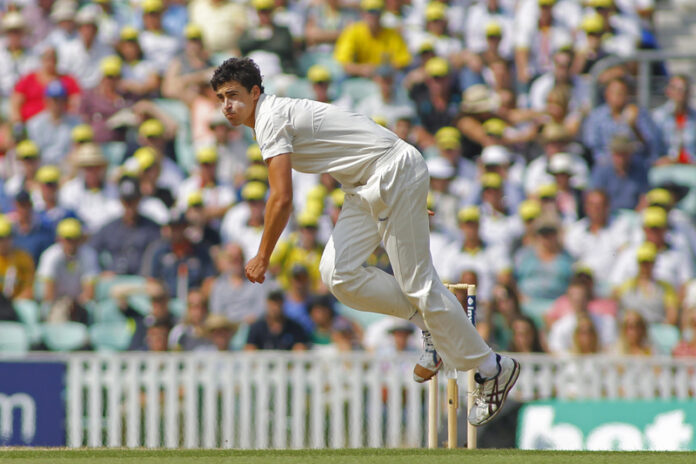 Australia is a team that has historically always had a very strong bowling line-up.

It has produced some of the best bowlers of all-time such as Dennis Lillee, Glenn McGrath, and Brett Lee.

However, like most international teams, there have been very few occasions where all the fast bowlers are world-class since the glory days of the West Indian pace attack that comprised Michael Holding, Malcolm Marshall and Joel Garner.

According to some people, however, Australia may be fielding the best pace attack in the world when the Indian cricket team will tour them at the start of next year.

Is that true? Let us find out.

The Line-up In Question

Australia has a huge arsenal of quality fast bowlers but the three that will form the crux of this attack will be Mitchell Starc, Pat Cummins, and Josh Hazlewood.

There is no doubt we are currently living in a golden age of fast bowlers.

Almost every international cricket team that is currently competing at the highest level right now can boast of at least one excellent fast bowler. India itself has two, in Jasprit Bumrah and Mohammed Shami.

However, Australia’s strength is that all the three aforementioned fast bowlers can be considered to be a part of that top echelon of fast bowlers in the world right now.

He is the most experienced of the three and he was Australia’s main pacer for a long time.

While injuries have taken their toll recently, he still remains a potent force as he still has the same old pace and accuracy.

He is known as a lethal death over bowler and given that India is yet to find a consistent lower-middle order, he will come in handy during the limited over matches.

This is not to say that he won’t be a force to reckon with in the test matches.

He is one of the best at exploiting the conditions in Australia and he will be very difficult to live with especially with the new bowl.

He has been the main reason behind the resurgence of Australia’s bowling line-up as a force to be reckoned with.

He is currently the number 1 test bowler in the world and is ranked 6th in ODIs.

He has pace and bounce and can bowl in any phase of the match.

He is particularly good at running through the opposition’s line-up and he will ask some big questions from India’s batting line-up that features quite a few inexperienced players and won’t have Virat Kohli’s presence throughout the tournament as he will be on paternity leave for a part of it.

While the other two might be slightly more fancied, it is Hazlewood who is the most important part of this equation.

Hazlewood has ensured that Australia has three top-quality fast bowlers and this is very important as the pressure is relentless.

Let’s compare this with India. Bumrah and Shami are exceptional bowlers but there is a big gulf when it comes to their third bowler. Indian fans will be hoping that the likes of Shardul Thakur and Umesh Yadav will rise up to the occasion but it remains a big unknown.

With Hazlewood, Australia doesn’t have that unknown.

This means that the batsmen have no respite.

Hazlewood is tall and pacy and known for his accuracy, which draws comparisons with Aussie great, Glenn McGrath.