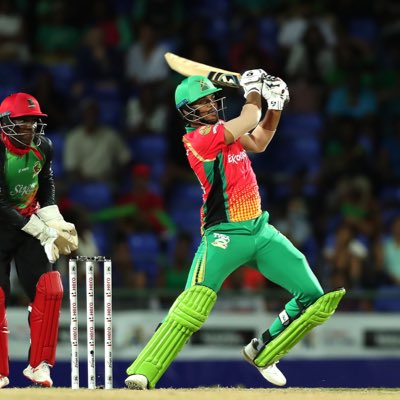 Since the Caribbean Premier League (CPL) began in 2013 there have been some stunning individual performances with the bat including 16 centuries.

Four of those tons have been scored by Chris Gayle, whilst Dwayne Smith has reached three figures on three occasions, and Andre Russell has managed the feat twice.

However, these are the three greatest batting feats in CPL history.

Brandon King made CPL history last October when he made the highest individual score in the history of the competition in Providence.

Playing for the Guyana Amazon Warriors against the Barbados Tridents, opener King scored 132 off just 72 balls, featuring 11 sixes and 10 fours.

His innings helped his side post a total of 218/3, and, in reply they were able to restrict the Tridents to 188.

That result helped propel Guyana into the fifth CPL final in seven years.

Interestingly, it was only the second time in his T20 career that King had scored more than 50!

Few men have ever dominated a match like the Jamaica Tallawahs captain did, against the Trinbago Knight Riders in the CPL in 2018.

Batting first, the Knight Riders were going strong when Russell brought himself on to bowl. And he did not disappoint dismissing New Zealand’s Brendon McCullum, and then the West Indian pair of Darren Bravo and Denesh Ramdin to claim a hat-trick.

And a victory seemed even more unlikely when Russell came out to bat, with his side already 15/3. He was then dropped off his first ball by Ali Khan, who was soon to rue his mistake.

In one of the most murderous assaults ever, Russell blasted 121 not out off just 49 balls, including 13 sixes and 6 fours, as he led his side to an improbable victory.

Russell reached his century in just 40 balls, beating his previous fastest ton in the competition which had come two years earlier when he scored a ton in 42 balls.

He became only the second man in history to take a hat-trick and score a ton in a T20 match, after Joe Denly had managed the same feat earlier that summer playing in the Vitality Blast.

Chris Gayle is the most successful batsman in the history of the CPL.

He has played 74 innings and scored 2,354 runs including 3 centuries, ironically though, his highest score came in a losing cause when he made 116 playing for the Jamaica Tallawahs against St. Kitts and Nevis in 2019 in Basseterre.

Batting first, the Tallawahs lost their first wicket with 37 runs on the board, but Gayle was joined in the middle by Chadwick Bolton, and the pair put on 162 with Gayle reaching his century, and Bolton making 50.

Bolton would eventually fall for 73, whilst Gayle was out in the last over for 116. It had taken him 62 balls and his innings featured 10 sixes and 7 fours.

That surpassed his previous best in the competition which was the unbeaten 111 he had managed four years earlier while beating the St. Lucia Zouks in a match played in St. George’s.

The Tallawahs total of 241/4 was a new record score for the CPL but the record stood for just one innings as St. Kitts chased it down with 7 balls to spare, thanks to vital contributions with the bat from Devon Thomas, Evin Lewis, and Laurie Evans.

Gayle did not even get the Man of the Match award!