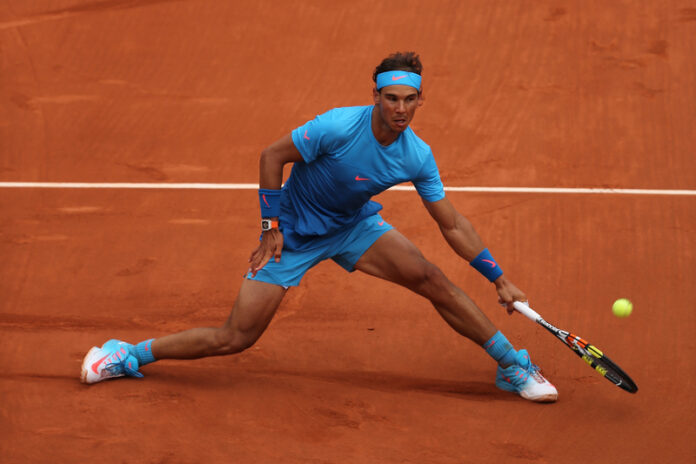 All eyes are on Paris as the world’s biggest clay court tournament, the French Open is just around the corner.

The French Open has a 127 year old history and is hosted at Stade Roland-Garros, named in honour of the legendary French aviator.

Spanish veteran, Rafael Nadal will be aiming for the record-breaking feat of 21 major singles titles under his name.

By doing so, he will be cementing his place in the list of immortals at Roland-Garros.

Nadal has been a master of the clay court and has already won the title 13 times.

It won’t come as a surprise to see him once again lift the Coupe des Mourquetaires again as he enters the tournament as the favourite, on the back of strong performances at the Italian Open and Barcelona Open.

On the opposite corner, world No. 1 Novak Djokovic would aim to disrupt Nadal’s path.

If he successfully does so, Djokovic will become the first man to attain Double Career Grand Slams.

He has always performed up to the mark at the French Open, last winning the title in 2016 and finishing as a runner up on four different occasions.

Fans are looking forward to the clash of the two tennis legends.

Roger Federer has struggled with his knee and back injuries.

After his rehabilitation of more than a year, he came out saying, “I might surprise myself.”

However, Federer fans are not setting their expectations too high.

To reach the quarters of the competition against the likes of Djokovic, Nadal and Tsitsipas can be an uphill task for the maestro.

But don’t rule him out just yet, Federer would not compete in a tournament where he doesn’t feel like he has a good chance of coming out on top.

Especially, when he has nothing to lose.

Stars to look out for

Norwegian prodigy Casper Ruud has performed impeccably in his Monte Carlo and Madrid campaigns, where he managed to reach the semi-finals in both.

In addition, we have Stefanos Tsitsipas and Alexander Zverev who both lifted silverware respectively.

Both stars have been in top form and will pose a threat.

The world number 5, Tsitsipas will be looking for redemption against Rafael Nadal after falling short during the championship point in the Barcelona Open 2021.

Next up, we have the red hot Russian, Aslan Karatsev. He commenced his campaign at the start of the year with a ranking of 114, quickly climbing up the ladder to 27.

Karatsev is the first player in the Open Era, to reach the semi-finals in his grand slam debut at the Australian Open. He is one of the players to watch if you’re expecting upsets in the tournament.

As if the tournament wasn’t exciting enough, the draws have come in containing Novak Djokovic, Roger Federer and yes, Rafael Nadal in the same half of the men’s draw.

There is speculation that Novak could take on Nadal at the semi-finals, in what would be a repeat from last year’s final.

Overall, tennis fans are in for a treat as there is a good mix of proven performers and talented young stars.

July 31, 2022
0
South Africa has been playing some delightful cricket since the start of this year. Starting right from the beginning of this year when they handed India back-to-back losses...
Read more