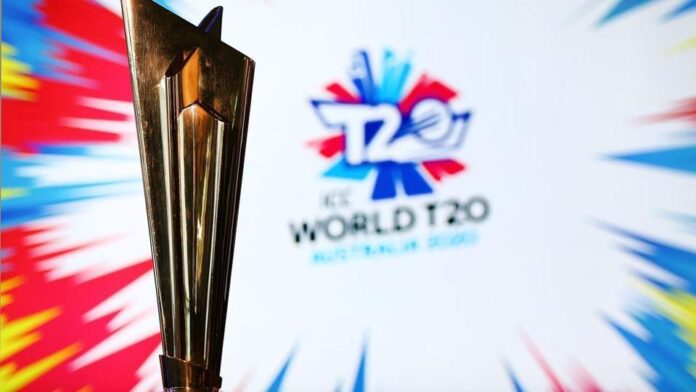 Let us look at the teams we think might lift this year’s T20 World Cup.

India – Well, well. We are trying our best to not be biased but the way the Indian team is playing at the moment and how they have performed in the warm-up games makes it very hard to leave them out. KL Rahul seems in the form of his life and that is quite evident not just because of the mountain of runs he has scored but also because of how good he looks when he plays those shots. England, IPL and the warm-ups, this man has just been too good. Rohit Sharma, Virat Kohli, Ishan Kishan & Surya Kumar Yadav all seem to be in good touch themselves. Sir Jadeja will surely be India’s trump card in the World Cup in all three departments. The bowlers are back to their terrific best. And then they also have MS Dhoni in the side as a mentor this time. Don’t think we need to add more to make our case.

Australia – If you have been following cricket for a while you know, whenever the two terms – ‘World Cup’ and ‘Favourites’ are used together in the same sentence, there is only one team that pops up first in our heads. Yes, Australia. We know that they have struggled so far in the shorterer format of the game but hey this is Australia we are talking about. They have a good balanced team like always a good mix of talent, experience, power and all round balance. Only concern for them would be the form of David Warner. But if David is looking to make a statement, is there a better stage? We back him to come good at this world cup and silence all critics. Also, with the form Glenn Maxwell has shown in the past few months, he certainly makes Australia as fearsome as they once used to be.

West Indies – There’s a reason why West Indies have won the T20 World Cup twice and nobody else has. And that too in just 6 editions of this competition. Their flamboyant style of batting certainly suits them in this format and when you combine that with the number of all-rounders they have in their team (almost everybody!) that makes up for a deadly XI any team in the world would be scared to come up against. All of them can bowl good cutters and trick batsmen and make scoring runs easy and then they can all muscle the ball very easily out of the park making them certainly one of the favourite teams to win the competition, yet again!

And also what makes it more interesting is that this will be the last T20 World Cup for the Universe Boss Chris Gayle and The Champion a.k.a DJ Bravo. Both these players would be keen to end their amazing careers with yet another World Cup win and even the whole team would be looking to make sure

England – One of the strongest teams when it comes to white-ball cricket as they have some good batting depth and amazing all rounders combined with some hard-hitting batsmen at the top order. They are already 50 over champions and now they are also looking to win another T20 World Cup. They have some serious squad depth and even with key players like Jofra Archer and Ben Stokes out of the side, making into the playing XI is very difficult as they have a very good team and would be looking to extend their dominance over World Cricket.

New Zealand – The current test champions have made it to the finals of the last three out of 4 ICC tournaments and they have a team as good as anybody. With a cool and calm captain like Kane Williamson, and a side packed with some excellent stroke makers at the top, some good all-rounders, two very good spinners and a very strong and potent pace attack, New Zealand are our dark horses to win this year’s T20 World Cup. They have never won a World Cup before and they will be eager to get this ticked off their list. They have the team, they have the skill and they have the hunger. It is now just a matter of application and holding their nerves on the field.

What do you think will win? Do let us know!

Precisely what is Time Management?