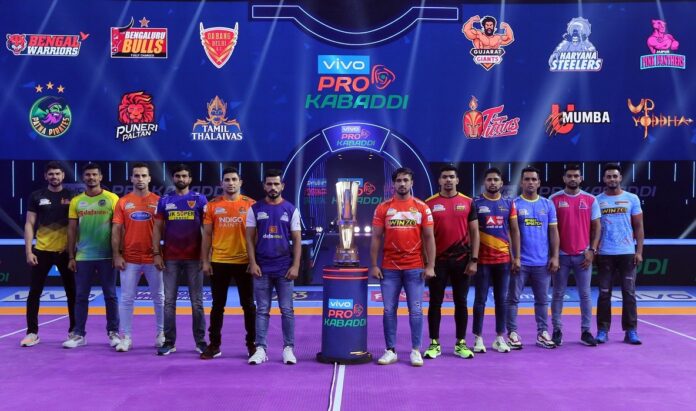 Season 9 of the PKL is finally underway after much waiting. This season promises to be full of surprises and some amazing games. The franchises have been very smart in picking up the players for their teams. The teams look very balanced from the onset and at the moment it is making it very hard to select any particular team as all the teams are so very well balanced. This makes the season even more exciting.

Let us look at some of the favourites to win the Pro Kabaddi League season 9.

Puneri Paltan has not been one of the consistent teams in the tournament so far but maybe this time under coach Anup Kumar and his mind-boggling strategies, they do have a greater shot at glory. One thing that stands out about him as a coach is that he is never reluctant to make bold calls and make some big decisions. He believes in the youth and is okay with giving them chances even if it means benching the senior pros. And this is something which very few coaches can do but with the reputation that he comes with, this cannot be too surprising as well. He is calm under pressure and is also referred to as captain cool.

Puneri Paltan were brilliant last season but was not able to capitalise but maybe this might just be the season for them. Puneri Paltan has an amazing player rotation strategy and also the big criteria of selection based on performance and not reputation. This helps the team’s performance massively but also makes it difficult for the opposing teams to figure out a game plan against their side on a given day.

As their logo conveys, maybe this year – Khel Badlega!

Telugu Titans have been in the PKL since 2014 and have reached the semi-finals twice. However, they have never been able to even make it to the final. They did struggle last season as two of their main raiders – Rohit Kumar and Siddharth Desai missed a lot of matches as they were injured. However, this year, they do have a revamped squad and some very excellent players. And on the cherry on top is that they have Manjeet Chillar as the new coach who is excellent with his strategies. When you have a top coach with a very strong squad, you know you are on your path to success.

The Tamil Thalaivas looked like a team on a mission this time with the way they were picking their players this time for the auction. They were smart, brave and calculative and looked like they had done a lot of homework behind the scenes. They were able to sign the most successful raider of the last three seasons – Pawan Kumar Sehrawat. He added some much-needed firepower to their squad. And what they did even more smartly was to sign another top defender in Sagar. Sagar had 83 tackle points last season that included eight high-5s. So with Pawan’s attacking brilliance and Sagar’s solid defence and a good squad to go with, this might just be the year for the Tamil Thalaivas.

UP Yoddhas has been one of the best teams in the history of the PKL. They have qualified for the playoffs in all the seasons that they have played in. But somehow they have always fallen short when it comes to the knockout stages of the tournament.

This year however might be a different story as they have a brilliant raiding unit in Pradeep Narwal, Surinder Gill & Nitin Tomar. And not just on the attacking front but also on the defensive front they are well covered. They have some of the most solid and experienced defenders in Ashu Singh, Nitesh Kumar, Sumit & Gurdeep.

Their first-choice team is as good as any and they are one of the biggest title contenders this time around.