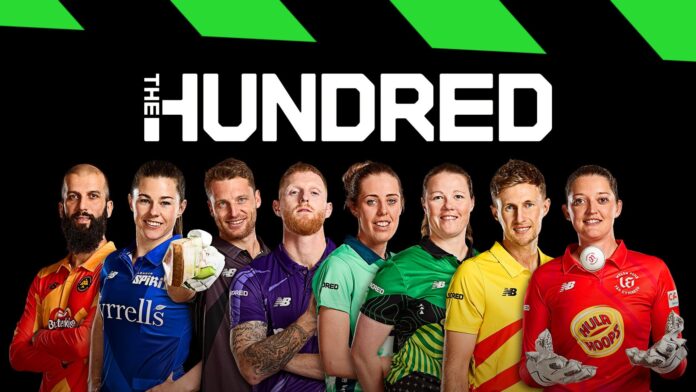 It has been almost a week since the iconic tournament – The Hundred has began. In this unique format, 8 teams from all over the UK, will be battling out for a month to be crowned as the ultimate champions of this new format What’s amazing about this format is that instead of the traditional T20 game where teams play 120 balls in 20 overs, The Hundred is comparatively a shorter version of the traditional T20 game. As the name suggests, only 100 balls are bowled per innings. The game is still 20 overs long but instead of 6 balls, an over in the hundred consists of only 5 balls. And another big variation is that a bowler can bowl two overs back to back in this unique format. This was not the case in any other version of Cricket before.

Last year, the tournament was an absolute success and as we are in the second season of the hundred, let us look at the potential favourites to lift this year’s trophy as we have some idea after looking at these teams. Yes, 7 days is way too less to predict how a side will do, but that’s why we are just talking in terms of potential favourites, not absolute. Some teams have already shown that they are ready to pack a punch and some players have shown that they are ready to make a name.

1. Southern Brave – If you are to believe most of the odds by most of the bookmakers, Southern Brave are absolute favourites to make it to the finals and lift the trophy. And they have a reason to back up this claim. Southern Brave are the most complete squad when it comes to various roles for various individuals. They have good-quality openers. James Vince seems in the form of his life. They have a good batting and bowling depth consisting of some of the finest power hitters in Tim David and Marcus Stoinis. They also have some absolute sharp death bowlers in Chrish Jordan, Tymal Mills & Jofra Archer. They will be looking to make sure that they do not settle for anything less than the trophy.

2. Birmingham Phoenix – When you have some absolute match winners like Moen Ali, Chris Woakes, Liam Livingstone, Kane Richardson & Adam Milne on your side, you know you have a shot at the title. They have some of the finest minds in the T20 format and also a bowling lineup that would make the best of the batting squads afraid to face them. This is why Birmingham Phoenix will be another very good side in this edition of the Hundred.

3. Oval Invincibles – The Invincibles from Oval are another very power-packed side. With Sam Billings as their captain, Sam Curran as their key all-rounder, Jason Roy, Rilee Rossouw, Hilton Cartwright providing all the finesse and muscle power and Sunil Narine, Pat Brown, M Hasnain & Saqib Mahmood taking care of the bowling, they are a side that can hurt you anytime on any given day.

4. Trent Rockets – As their name suggests, Trent Rockets have one of the strongest and the fastest batting lineups in the competition. Alex Hales, Colin Munro, David Malan & Joe Root. Do we need to say more? They have one of the best batting lineup in the competition and some of the best power hitters. They have a squad depth that will make most of the teams scared to play against them. They do have some issues in their bowling otherwise they would be higher up in this list.

Who do you think will win this edition of the Hundred?