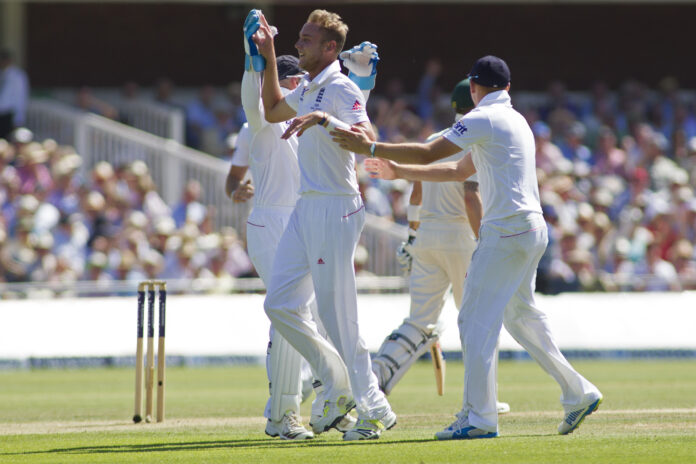 England beat the Windies 2-1 in a thrilling series that ended in Old Trafford yesterday.

The margin was a huge 269 runs but fact is, it was an evenly fought series that produced high quality cricketing moments that left the purists purring for more.

Not even the most fervent English fan would have expected this result when they lost the first Test by 113 runs at Southampton.

The Windies started with 10 for 2 and had to bat the whole day to save the match.

The target of 399 was so far away, it was never even realistic.

The only hope for the Windies was an innings that probably needed the grit of a Chanderpaul.

Or a sustained spell of rain.

Eventually, they got neither.

This Windies team has talented batsmen who are capable of greatness but lack of application has been a recurring theme.

The advent of T 20- cricket has ensured that while the six-hitting tradition of flamboyant Windies batters continues, cricketers who can grind their way out of a crisis are still in short supply.

The rain gods tantalisingly stopped play three times but each time, the skies cleared up and the umpires dragged them to the field.

Of course, the visitors didn’t help their cause by losing three wickets in the morning session.

Inevitably, within 90 minutes after lunch, they folded for 129.

The star of the day: Stuart Broad became the seventh man in Test history to claim 500 wickets.

The wrecker-in-chief was Stuart Broad who claimed 4/36 in the innings and 10 for the match.

This was handsome revenge for his omission from the first test.

Chris Woakes did his job too, bowling 11 straight overs for his tally of 5/50.

West Indies lost the series but won a lot of praise for their role in helping revive interest in international cricket.

Travelling to a Covid hotspot like UK was definitely a risk but it was a peek into the future where international sport will probably have to be played under the strict watch of health inspectors and disinfection services, in sterile surroundings and empty stadiums.

The English cricket fans will be satiated with the 3 Test series that started with defeat and ended in a sweet 2-1 victory.

For this they have the Windies to thank.

The 3rd test was also a statistician’s delight.

England chose a four-man pace attack, a first in a very long time.

It was the first time since 1912 that England pacers took 50 wickets in a three-match series.

That’s kind of ironical, isn’t it? The opponents, after all were the Windies who pioneered the 4 pacer concept in the 70s.