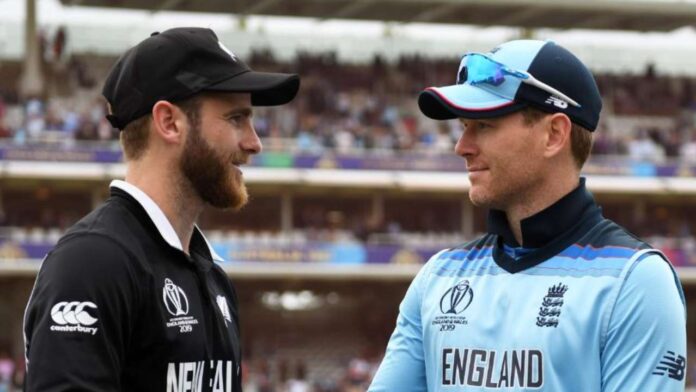 Two of the most successful teams in the tournament.

We have been here before haven’t we? Oh wait? Or is this deja-vu?

Oh yes, the 2019 World Cup Final. Perhaps one of the most thrilling games one has ever seen or perhaps one we will ever see? Both teams were tied at 241 runs after their 50 overs and then both were tied with the same scores at the end of the super over too. It was then decided by the total number of boundaries hit by a team which made England eventual winners.

It has rightly been called as the greatest ODI game of all time and perhaps even the best game of cricket one could ever see. Any arguments?

We certainly didn’t think so!

If this semi-final of the T20 World Cup is even half as exciting (even though we can negotiate as low as 25%), we are in for one hell of a ride. And all the factors leading up to this match surely make our case further. Both teams have been playing some outstanding cricket. Both teams have played 5 games out of which they have won 4 and lost 1. Both teams are quite confident coming into this game.

However, both teams have different plans. While New Zealand have been playing a very smart and calculated game with all planning and execution being done to the utmost perfection, England know only one way. They have rail-roaded their way into the tournament dismantling opponents one after the other. They have an enviable depth in their batting department and are loaded with power hitters till the end.

Well, this one is going to be special folks!

Pitch Conditions – Abu Dhabi has been the most batting friendly wicket amongst all the three venues in this tournament. The pitch should have a little bit for everybody in it. The game will be played in the middle pitch of the ground which will increase the sound of boundaries which should provide some relief to the bowlers.