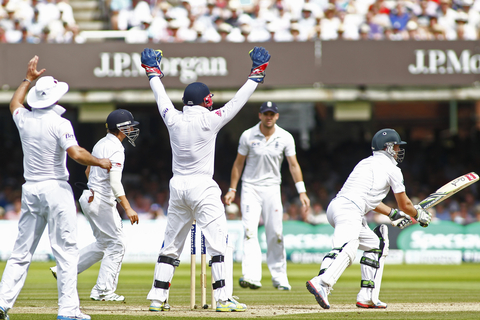 A wrist spinner has the hardest job in cricket.

His skill levels need to be exceptional.

A wrist spinner has to simultaneously use of the rotating wrist and tweaking fingers to make the ball go way from the right handed batsman.

Of course, there are many versions of wrist spin, like the googly.

In a googly, the ball comes out of the back of the hand and spins into the right-hander, instead of away. This deceives the batsman, typically getting him LBW or bowled.

Due to its complexity, very few can pull it off. And even those who can, are rarely accurate.

The adage about ‘leg-spinners leaking runs’ is certainly based on fact.

In fact, in October 2015, English spinner Adil Rashid became the first English leg spinner to take 5 wickets in an innings since 1959, during their victory over Pakistan in Abu Dhabi.

But it wasn’t always this bad. The first recorded wrist spinner in English cricket was AG Steel, who bagged a clean bowled, with a leg break.

The most famous exponent of the googly in the 1900s was Bernard Bosanquet, from Middlesex who destroyed the Aussies in the 1903-04 Ashes.

Then there was Alf ‘Tich’ Freeman who took 3776 wickets in his first class career. But but he played only 12 tests.

And yes, Eric Hollies who dismissed Sir Don Bradman in his last innings was also a wrist spinner.

Is the English system to blame?

Teams such as India, Australia, Pakistan and even Sri Lanka have managed to produce wrist spinners regularly.

However, teams such as England have struggled to produce proper wrist spinners. Instead, they have banked on their seam and pace bowlers to produce the goods.

The process through which English cricketers come into the national side, is responsible for this slow death.

The great Australian Bill O’Reilly, whom Sir Donald Bradman regarded as the best spinner he has ever faced had a theory. He said – English cricketers were so poor at playing wrist spinners that the authorities decided to destroy it.

Counties were asked to prepare green seaming tracks. As per the new rules, the new ball could be taken after fewer overs.

The last match that he played was back in 1951. And ever since, then there has been no wrist spinner who has played regularly for England.

And yes, Scott Borthwick was the first ever leg spinner to claim an Ashes wicket since Bob Barber in 1968.

England and Wales Cricket Board set up a recruitment and training program in 1999.

The aim was to create a constant supply of wrist spinners in the years to come.

Adil Rashid was also a part of this program. Finally, in 2009, he wore the national colours debuting against Ireland in an ODI.

The program can be deemed a success. After all, Adil Rashid is a masterful bowler and has been a force for England in the last five years.

Read about Rashid’s tumultuous journey to the top by clicking here.

Historically, the English mindset was the problem. England cricket has always had a defensive mindset and the focus, according to their coach Trevor Bayliss, has been on containing runs.

But things are changing. English cricket is now more aggressive with flashy openers and a diverse bowling line up.

In terms of culture and talent, there is real variety, ranging from the lanky Caribbean fast bowler Jofra Archer to the Pakistani descent leggie Adil Rashid.

However, despite have Adil Rashid in the team, England still has a lot to work to do.

A change in the conservative mindset of the grassroots coaches is a must.

Only then can England produce greats like Shane Warne, Abdul Qadir and Anil Kumble.