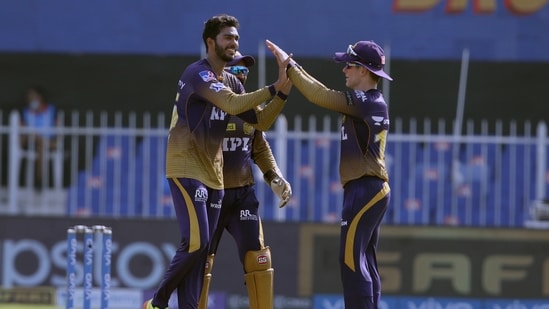 It’s time for the Eliminator in IPL where the 3rd and 4th placed teams take on each other where the winner of this game goes on to face the loser of 1st vs 2nd for a spot in the final.

And the loser of today’s game goes where?

Yep! you guessed it right.

This time for our Eliminator game we have two powerhouses going toe to toe against each other. One one side there is RCB who are yet to win an IPL while on the other hand there is KKR who have won the tournament twice and also have the experience of playing such crucial games even though they have a fairly young side.

Kohli vs S Gill – Both open for their teams, both have similar type of an approach towards an innings. Both are as classy with the bat as classy can get. They rely more on timing and proper cricket shots rather than power.

Maxwell vs Russell – Even though Russell might just be returning from injury, we all know how big of a threat he is in any game. And in a crucial knock-out game, if he plays even 20 balls to his potential, he might just tilt the game in KKR’s favour or maybe even with the ball, he can come out with a performance like last time. Maxwell on the other hand has been in the form of his life. He has scored 4 fifties in his last five innings and he is just looking better with every innings even in such non-batting friendly conditions.

Y Chahal vs V Chakravarthy – This is one battle everyone will have their eyes on. With Varun being selected in India’s T20 WC squad and Chahal not being picked despite doing so well in the UAE leg of the IPL (even though the final list is not out officially), Chahal will have a point to prove.

This is the first time both teams are facing each other in a crucial knock-out game. This could well be Virat Kohli’s last IPL game as a captain of RCB. So the players in the RCB camp would be motivated to extend this run for at least two more games and give their captain finally some silverware to bow to with, as a captain.

The last time these two teams met, KKR bowled out RCB for 92. Well, that was just a one-off bad game but considering the form KKR are in, RCB will have to play really well to beat this KKR side. But when you have King Kohli, Superman AB de Villiers & the big show – Maxwell, well, anything can happen.

RCB vs KKR head to head stats:  Out of all the games RCB and KKR have played, KKR have won 15 and RCB have won 13. So it is somewhat a close neck to neck game.

India vs South Africa T20I Series – More Important Than It...