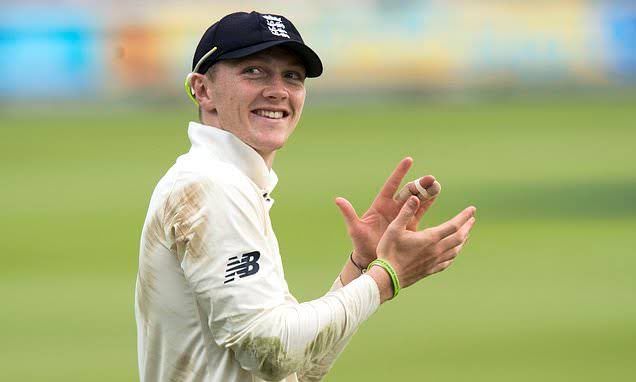 Exeter spinner Dom Bess is not known to be a big mouth.

But he has sounded the warning against the Windies by calling himself ‘dangerous’, before the 2nd test.

“I feel really dangerous and that is a great place to be,” Bess said

Who is he kidding?

If this is an attempt to indulge in mental games and put a seed of doubt in the West Indies side, well, he can clearly do better!

Ultimately, words exist in a context and not in a vacuum.

Had this statement come from a bowler who had put in a match-winning performance like a 7 for 34 or even a fiver, it would have carried some weight.

But the brutal truth is, his bowling at the Ageas Bowl wasn’t exactly ‘threatening’ and that’s putting it mildly.

“I feel like I’m attacking both edges of the bat and my consistency and accuracy with where I am landing it is dangerous. That comes through practice and training and getting that rhythm for myself. I am very big on my rhythm. It is just a feeling and I certainly feel I’ve got that at the moment.”

Reminds us of a reporter talking about Louis Van Gaal – If he was a biscuit, he’d eat himself!

The lack of competition in the English XI is probably adding to Bess’s confidence.

Moeen Ali remains the No.3 in the pecking order, a far cry from his best.

About Matthew Parkinson and Amar Virdi who didn’t even make the 22, the less said the better.

Jack Leach, for all his heroics at Headingley, is a seen as a worthy reserve but not quite test quality, following several bouts of illness.

For what it is worth, Bess and Leach are good friends, even though they are rivals.

But Leach needs to get his edge back by being more competitive, even if means putting his friendship aside.

“Leach is a great lad. Even when I got picked and he got put in the reserves, he was the first one to come up to me. We had a coffee and a chat about spin. There is no awkwardness and no rivalry. I certainly feel as though we’re working as a team.”

But what can’t be denied is Bess has a fierce desire to improve.

Bess knows he has a long way to go.

His idols are Graeme Swann, Rangana Herath and Nathan Lyon. A good lot, worthy of emulation for their work ethic, ability to fight the odds and latent aggression.

“Nathan Lyon is a big influence. I look at him a lot. I look at his action and how he gets a lot on it. That is something I have been looking at.”

“It is very exciting where I think I am at, at the moment. To think that I am 22, 23 this month it is exciting. I have to keep grounded, keep working, keep having this no ego approach.

As long as the big mouth, Dom Bess keeps working and getting better at what he does, England will have no regrets.