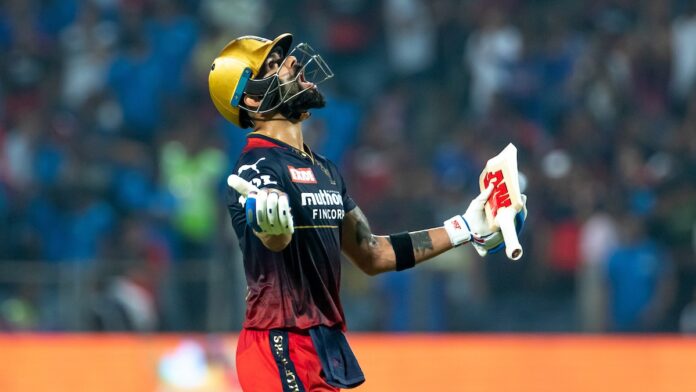 2022 – A Year where the Indian Cricket team has reached soaring heights.

2022 – A Year where the Indian Cricket team has broken one record after the other.

2022 – A Year when the Indian Cricket team has won everywhere they have played in.

And when we say bad run of form, we mean how he has just been totally out of form and how it has been spoken about after every game, every series and before every new team selection. No matter how big a series win they pull off, no matter what performance any player puts in, the biggest question after the match asked Rohit Sharma has been about King Kohli and his bad run of form.

Yes, he is the same player who dominated World Cricket for more than a decade and is considered to be one of the best players to have played the game. The same Virat Kohli who was scoring centuries for fun has been devoid of one for the last three years. And what’s funnier is that when you see him play and the shots he plays, he does not look out of form does he?

So what went wrong?

Perhaps Maybe Losing India’s Captaincy had a big role in denting his confidence?

Success can take you to new heights. Nobody has seen success like Virat Kohli has. He became the golden boy of not just Indian Cricket but a face of World Cricket in no team. Name, Fame, Money, tons of runs and a lot of centuries, there was nothing this King could not do. And he was just fantastic and he was just a fanatic, the passion, the class, the hunger and most importantly his confidence went a long way in shaping up his game.

But this still is a sport right?

And after a purple patch, also comes a lean patch. Every player goes through a phase where he is just out of form and that happens to every player and in every sport.

But since he was so dominant and so impressive for a better part of a decade, maybe people could not fathom that he can be out of form too. Pretty soon, questions were raised, some regarding his marriage, some regarding the pressure of captaincy until it all became a very big fuss. And eventually, Virat Kohli did hand over his T20I captaincy and his test and ODI captaincy was handed over to Rohit Sharma as per media reports.

Maybe that’s what played a big role in Virat Kohli losing his confidence. Maybe that’s what triggered his mind. And now a player who was scoring a 100 in almost every game he played, has even struggled to find a 50. In fact, staying at the crease has also become a difficult task for him. And this whole thing just looks unbelievable considering the player he is and the quality he has. So maybe the loss of captaincy played a huge role in his lost confidence.

The Road Ahead For Virat Kohli – Asia Cup & World Cup

The form is temporary and class is permanent. And when we talk about the class of a Batsman, there are not many better than King Kohli. Yes, it has been a bad run of games, yes, he has been out of form and yes, he has been unlucky too at times. But hey he is still Virat Kohli.

He is one of the best players to have played the game. And he is still that player who might just have a shot at surpassing Sachin Tendulkar’s record of 100 centuries even though he is stuck at his 71st century.

Captain Rohit Sharma and the whole team management are backing Virat. And now one loves to silence his critics with his bat more than this guy. And now in a very important stage of his career and in a very important year with Asia Cup and T20 World Cup to be played, be prepared to be blown away.

And he just might turn out to be India’s trump card in the T20 World Cup, like he always has.

What do you think? Will Virat Kohli find his form at the Asia Cup?