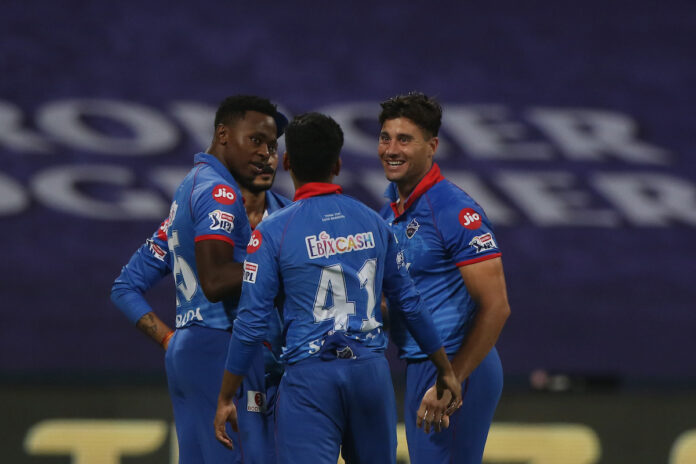 Delhi Capitals overcame SRH in the final playoffs to book a slot in the finals of the IPL 2020.

Anybody who has followed the Delhi campaign will agree that it was absolutely well-deserved.

DC captain, Shreyas Iyer was understandably emotional, at the end of the match.

His post match interview said it all – “Amazing. This is the best feeling ever. This has been a rollercoaster. A lot of ups and downs. We have stuck together like a family.”

“A lot of responsibility comes as a captain, and on top of that you have to maintain consistency as a batsman. But I feel I have been getting a lot of support from my coaches and the owners. Really fortunate to have such an amazing team.”

‘Amazing team’ – it truly was, but there were also some standout performers in this crunch match.

Starting with Kagiso Rabada, who along with Bumrah and Rashid Khan has been one of the bowlers of the tournament.

If SRH was to make a fair fight, it was obvious that Dave Warner would have to play a long innings.

But Rabada poured cold water on these plans with a fine delivery that castled Warner all ends up.

It was a blow from which SRH couldn’t recover.

Opener Priyam Garg and Manish Pandey took the score to 43 with Garg playing the role of the aggressor with 2 well-hit sixes before falling to Stoinis for 17.

And when Manish Pandey fell in the same over to Stoinis, you knew that the match was pretty much over at 45 for 3.

This brought together the same pair of Williamson and Holder that had helped SRH defeat RCB. But the combined experience of the 2 captains wasn’t enough as the events proved.

Holder, in particular, failed to get going and scratched around for 15 balls before Axar Patel ended his agony, getting him caught behind for 11.

SRH realised that it was time to go for broke. Abdul Samad upped the ante with a blitzkrieg that yielded 33 in just 16 balls.

But Shreyas responded with a shrewd bowling change bringing on his primary weapon, Rabada, in the 19th over.

Williamson was the lone bright spark with a brilliant 67 off 45 balls – a gem sculpted under real pressure and once again underlined why the Kiwi captain is considered one of the most peerless batsmen of the modern era.

DC get their strategy right

The Delhi think tank of Shreyas Iyer and Ricky Ponting has been one of the talking points of the IPL 2020 and yesterday the pair once again showed their tactical nous.

Ponting is a serial winner and has been instrumental in helping DC take the right decisions.

DC started the tournament strongly but hit a roadblock. However, Ponting’s presence helped DC keep a cool head and work their way back into winning ways.

DC opened with Stoinis and Dhawan and it proved to be a master stroke.

The pair smashed 86 in 8.2 overs and set up the platform to launch a winning total.

It was the death knell from which SRH never recovered.

Stoinis contributed with the ball as well, taking two wickets in the fifth over of the Sunrisers innings and also got rid of Williamson later – performance that earned him a Man of the Match.

Kings snuff out the Royal Challengers