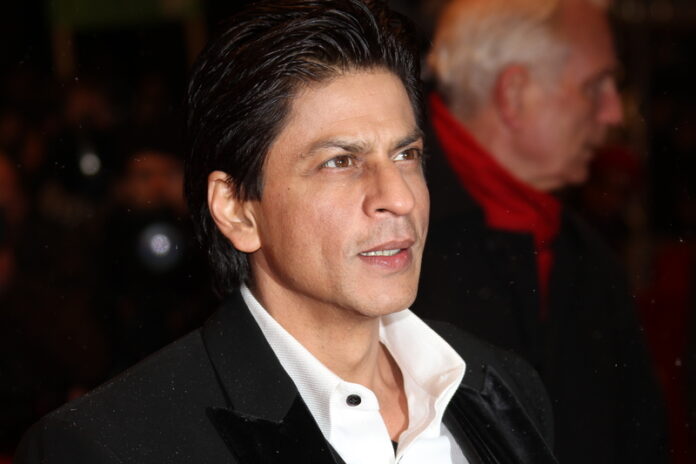 This team from the CPL is owned by Red Chillies Entertainment.

Those who are familiar with the IPL or Bollywood will know this name as it is one of the biggest production houses in India and the owners of one of IPL’s most popular teams in the form of Kolkata Knight Riders.

Trinbago Knight Riders were originally known as Trinidad and Tobago Red Steel up until 2015 and actually won the 2015 CPL championship under this name. This ownership was a landmark move as it marked the first time an owner of an IPL team also invested in a team outside the Indian Premiere League.

Up until 2015, Red Chillies Entertainment only owned a stake in the team but from 2016, they have taken over complete operations of the team as well. This has led to a lot of interest in the team from India as Red Chillies is run by one of India’s biggest movie stars in Sharukh Khan.

This is the closest that Indian fans have come to having a connection in a foreign league as Indian players themselves aren’t allowed to play in other international leagues if they want to play in the highly lucrative IPL.

While the CPL as a whole has a lot of investors of Indian origin, Sharukh Khan happens to be the most high profile owner from the subcontinent and this has created a lot of buzz around the league.

While Khan himself gave the expected response that the ownership is a way of progressing the rich cricketing history of Trinidad and Tobago, CEO of the Knight Riders group Venky Mysore explained the investment as a way of expanding the global reach of the brand name. The rebranding of the team also makes a lot more sense when seen from this standpoint.

The team has had a positive impact because of this investment as they have won two more CPL championships since then and have developed themselves into a powerhouse in the league with players like DJ Bravo, Sunil Narine, and Keiron Pollard.

Recently they were in the news for organizing a free food distributions drive among the people of Trinidad and Tobago affected by the lockdown due to Covid-19.

This was also not done by people just wearing the team jerseys as a part of some cheap publicity stunt. Instead, the players themselves hand-delivered the food packets and this is being seen as a heartwarming gesture not just in West Indies, but from the entire cricketing community from around the world.

Needless to say, that this has also garnered a lot of positive press for the team as well at a time when cricket has virtually come to a standstill.

The owners of Trinidad Knight Righters aren’t going to limit themselves just to the IPL and CPL either.

They have announced their intentions to invest in The Hundred, the innovative new league that has been proposed by England’s cricketing board.

This will, however, take some time as the global pandemic means that the league won’t begin until at least 2021 and could be delayed beyond that as well if the pandemic situation does not ease up by then.

The Knight Riders do see themselves as the only true global cricketing brand and their association with the CPL essentially covers the whole of the cricketing fraternity in the world.

This association with TKR has also led to some amusing off-field moments that has been a source of great entertainment for both cricket fans and movie buffs.

One of them happens to be a music video featuring Sharukh Khan and Dwayne Bravo for the new anthem for the team. Titled “We is the Champion”.

The song features other team members and a host of local dancers and is made in a style that blends the Caribbean culture with a dash of the Knight Rider ethos.

The fact that it had garnered more than 100000 views in just the first half hour speaks volumes about the impact and popularity of this collaboration and if Knight Riders’ management team is to be believed, then they have big plans to make CPL just as popular as the IPL is.

Together, they are part of the KPH Dream Cricket group.

While the first and last names might be unfamiliar to cricket fans, the other two are not. Preity Zinta is inarguably the most well-known of the bunch. She used to be one of the biggest stars in Bollywood and ever since the dawn of IPL, she has been known to cricket fans as one of the owners of the Kings XI Punjab franchise.

This also happens to be one of the most recent ownership changes in the CPL.

To understand how Zinta and the others became owners of the St Lucia Zouks team, it is necessary to understand the history of this team. Even though technically, this is a brand-new team, it is in reality, a reboot of the team from St Lucia that has been there from the inaugural season of the CPL.

They were previously known as the St Lucia Stars. The previous owner was also of Indian origin. Philadelphia-based Royal Sports Club had been at the helm of this team since 2016 headed by businessman Jay Pandya.

A run of poor results and mismanagement meant that the CPL terminated the team’s contract with the view of starting a new team, and that is how Preity Zinta and her KPH Dream Cricket group came into the picture.

They are in it for the long haul as unlike the previous owners, KPH Dream Cricket group wants to take the team to new heights.

It is to be noted that the St Lucia Stars’ best finish so far in the tournament has been a 3rd place finish in 2016.

This is not something that the current owners, KPH Dream Cricket group, are facing for the first time. Their IPL team – King’s XI Punjab was also in a similar state during the formative years of the IPL and they have moulded that team into a consistently match-winning team.

This is evident in the fact that they have signed an initial agreement of 13 years which can then be extended by intervals of 10 years after that.

This also means that even though they are the newest IPL owners to invest in the CPL, they along with Shahrukh Khan and his Red Chillies Entertainment group will be part of the CPL for the foreseeable decade at the very least.

As a first step towards this, they have added Zimbabwean legend Andy Flower as one of the coaching staff. These high-profile additions are just the start as per the owners of this team.

The team has been led by Darren Sammy and he too is excited to get the team off to a new chapter in their journey in the CPL.

As the owners have a background in Bollywood and the spectacle of the IPL, it is only a matter of time before they add a zing to this team in the form of anthems and promotional videos like Red Chillies have done with Trinbago Knight Riders.

This team will also have the support of the local government behind them. The Government of Saint Lucia considers it a matter of pride that one of the CPL teams represents their Caribbean nation and together with the new owners, they want to lead the team to greatness.

If one team could be described as ‘always the bridesmaid but never the bride’ in the CPL then the Guyana Amazon Warriors would fit that bill perfectly.

They have finished as the runners-up five of the seven seasons of the CPL so far and have finished in third place the other two times.

They are also quite unique when it comes to their owners as well.

Unlike the other teams in the CPL, Guyana Amazon Warriors does not have some big foreign investment firm behind it and can be considered a locally owned team. One thing that is common though is that the owner is of Indian origin.

The team is owned by a group called NEW GPC INC and this group is headed by Dr. Ranjisinghi Ramroop.

To cricket fans from outside Guyana, he might be a relative unknown but for people from the nation of Guyana, he is quite a well-known figure.

In terms of local reach and reputation, Dr. Ranjisinghi Ramroop might be the most powerful owner in the CPL.

For starters, he is a well-known figure in the political world of Guyana. He is often referred to as former President Bharrat Jagdeo’s best friend. His company is technically a pharmaceutical company but they also invest in other areas as well. Case in point is the CPL.

While this group’s involvement currently is only limited to the ownership of the Guyana Amazon Warriors, they had a much bigger involvement with the tournament as a whole in the past.

In fact, they were one of the reasons that the CPL got off to a great start and began attracting the bevvy of outside investors we see today.

The CPL is currently known as the Hero CPL as Hero MotoCorp happens to be the title sponsors but this was not the case when CPL first began. Back then, when the organizers of the tournament were looking for a title sponsor, it was NEW GPC INC that stepped up and filled the role of a title sponsor while also being a team owner.

This was the reason behind the tournament being known as Limacol CPL in the past. Limacol is a lotion that NEW GPC INC manufactures and is quite popular in Guyana but the international reach of the CPL meant that this brand gained a lot of recognition in the other Caribbean nations as well as other countries with a cricket following.

When the CPL was still in its formative stages, many experts had speculated that it wouldn’t gain the same level of financial clout like the IPL or the Big Bash purely because the Caribbean nations didn’t have the economic might of India or Australia.

However, NEW GPC INC was one of the few who believed that the CPL won’t just be a success but it would also offer a great economic and social boost to the economy of Guyana and the other Caribbean nations involved and the tournament has rewarded their trust beautifully.

They have been reporting consistent profit and growth numbers ever since they became involved with the tournament.

As far as the current state of things, the Guyana Amazon Warriors happens to be one of the most consistent performers of the CPL thanks to a well-rounded team.

Many cricket experts believe that it is only a matter of time before they clinch the title and the next few years could be their strongest showing yet.

While Dr. Ranjisinghi Ramroop and NEW GPC INC are big cricket fans, they like to stay away from the spotlight but they have put in a qualified group of people in charge of the cricketing side of things to ensure that the Guyana Amazon Warriors not only stay as one of the top contenders but also be able to lay their strongest claim yet for the CPL title.