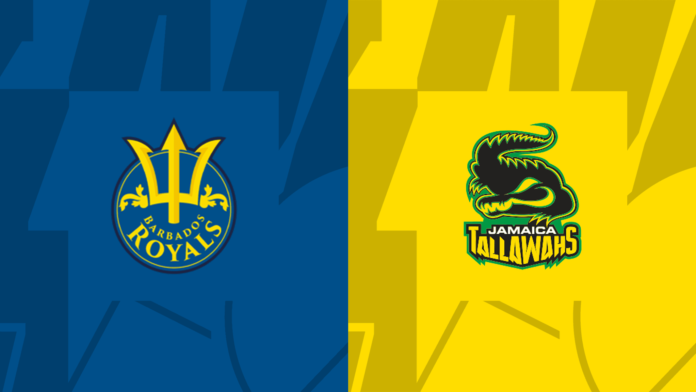 Some games don’t need to be hyped or even an introduction. Be it a game of India vs Pakistan, The Ashes or the finals of a major tournament like CPL after a month of hard work, sweat and blood. It is one of the biggest T20 competitions in the world, It is the biggest party in sport. The 6 teams who started this competition had some of the best games this year. Some outstanding batting performances, some scintillating fielding efforts and some breathtaking bowling. The standard of cricket was way above the bar and it reminded us why CPL is one of the best tournaments in the world.

Barbados Royals and Jamaica Tallawahs have made it to the finals of the CPL. They had some great days, some good days and some bad ones too but they have soiled and toiled to get where they are now. Just one more win and they will be able to call themselves the Champions of CPL 2022. One of these teams will create history. But the question is about nerves. Who will be able to hold their nerves and make a difference when it matters?

The two-time champions will face off against each other in the final. Jamaica has scrapped their way into the playoffs. They have been playing good cricket but they will know that they struggled in the playoff stages. Guyana Amazon Warriors who won 4 games on the bounce to finish in the top 2 will feel bad about missing the finals. They are one of the most consistent sides in the tournament who have made it to the playoffs every season but still have not won the trophy.

Jamaica will feel confident after how well they played and their journey throughout the season even though it consisted of many highs and lows. Barbados Royals however have been the more consistent side. The openers are playing well, they have good depth and options on their side. They have been playing well and the whole unit looks phenomenal. Jamaica will have to play out of their skin to defeat Barbados Royals.

Jason Holder, Mujeeb Rahman, Kyle Mayers & Rahkeem Cornwell have chipped in with crucial contributions that made a huge difference. Barbados will be relying on these crucial players to help them seal the deal and help them win the CPL title for the third time.

Let us look at the predicted line-ups for the upcoming final.

Who do you think will lift the CPL 2022 title? Who are you rooting for?

As Crazy As It Gets This World Cup – Another Upset...