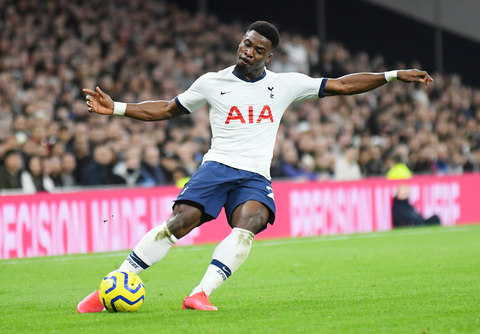 In a shocking incident, an assailant shot dead Christophe Aurier, the younger brother of Tottenham star, Serge Aurier in the early hours of Monday morning.

Christopher, 26, who was also a footballer for French club Lens, was shot twice in the abdomen on an industrial estate in Toulouse.

The shooting happened outside a nightclub.

The incident was eerily similar to the shooting of the Columbian footballer, Andres Escobar outside the El Indio night club at 3 am by unidentified gunmen.

The killer fled the scene before the police arrived.

However, at 6 pm last evening, the suspect turned himself in at the central police station in Toulouse and readily admitted to the murder.

Of course, the suspect cannot be named because of French privacy laws.

Was it a love killing?

According to French outlet La Depeche, a ‘love dispute’ was the reason for the killing.

But things are still unclear.

Importantly, policemen have quoted that Christopher Aurier- who played for fifth division amateur side Toulouse Rodeo – had “incidents with the law courts, even before.”

Like Serge, Christopher progressed through the ranks at RC Lens in the early stages of his career.

But sadly, he couldn’t make it like his brother.

For instance, he had a trial with Brentford back in 2011, but failed to make the cut with the Championship side.

He spoke in 2017 about his failed trial, “Brentford were in League One at the time. Everything went well with my trial, but I could not speak English at the time. That hurt my chances.”

Tottenham has come out in support of Serge in this difficult moment.

Their statement said – “The club was deeply saddened to confirm media reports that Serge Aurier’s brother passed away this week.”

“We are supporting Serge at this difficult time. We want Serge and his family’s privacy to be respected.”

“Everybody at the club sends their sincerest condolences to Serge and his family. Our thoughts are with them all.”

Even manager Mourinho is putting no pressure on the right-back.

Mourinho said his main priority is to ensure Aurier gets all the support he needs.

He said: “In this moment, what myself and other people in the club spoke with him is just about supporting a person who has a tragic family moment.

Not surprisingly, tributes are flowing in from every quarter.

For instance, Aurier’s former PSG teammate Kylian Mbappe posted: “I am with you… @Serge_Aurier.”

Even Wilfried Bony shared a picture to his Instagram page alongside the caption: “Courage my brother. Love and condolences to your family. RIP to your brother.”

Our best wishes are with Serge and we hope he gets over this loss.