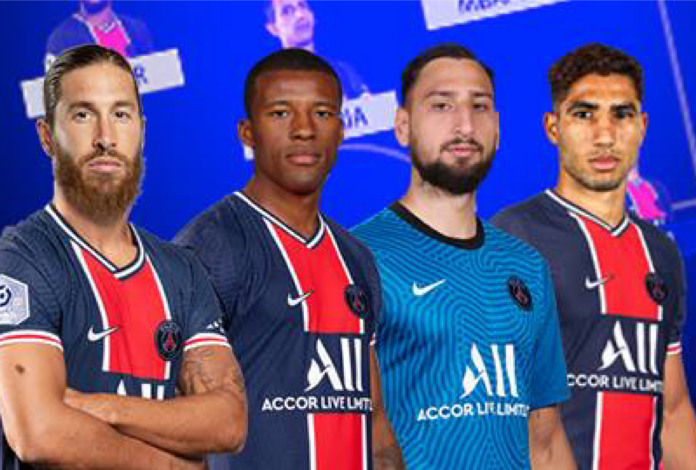 Football – also known as the beautiful game is the most watched sport in the world. To put things into perspective, the last football World Cup final was watched by more than 1.1 billion people. Now that is some number of viewership for a sporting spectacle. The game is the most played, most admired and the most watched sport on the planet. And with the great game and great name, comes great money too. These stars earn and deal in millions of dollars, be it from their club wages, sponsorship deals or various other engagements. So it is natural when a footballer is shifted from one club to another for whom he will play for the whole year or the years to come, there’s big money involved.

Imagine you are a 22 year goalkeeper who just played the Euros for the first time and your team won it. You are wanted by PSG, you are wanted by Barcelona, you are wanted by every big club there is on the planet and the world is rooting for you to just go out and play. Well, that’s what life is at the moment for Donnarumma.

Will Sancho join United this season? Will he or will he not? Will United finally make a decent bid for him or will they not? This has been the headline of almost every day over the last few transfer seasons and finally we are pleased to inform you that the Jadon Sacho to Manchester United saga has finally come to an end.

United have spent a whooping $101m to sign the right winger from Borussia Dortmund. He was on their transfer list for quite some time and the deal has come to a close with United finally making the required bid to sign the 22 year old talented winger.

PSG have done some wonderful business in this transfer window and the signing of Hakimi from Inter Milan for a massive $82m is another example of that. The talented 22 year old Right Back has already shown and proven his class by winning the Serie A with Inter and now also the Euros with Italy. With age on his side and the talent he possesses, even $82m seems like a bargain for the talented right back and PSG have added some exquisite firepower to their defence for many years to come.

Another very good steal and one of the best pieces of business in this transfer window is the signing of Raphael Varane from Real Madrid to Manchester United for $57m. The four time champions league winner, world cup winner and yet only 28 years of age, Varane has the class, hunger and experience of winning championships. He will add some serious pace and solidity to an already solid looking Manchester United defence. With the signings of Sancho and now Varane with the talent they already possess in their ranks, United have clearly shown that they mean business this season and will be going for winning all types of silverware.

Leipzig tried their best but they couldn’t do much to keep the talented 22 year old defender in their squad for a few more years after Bayern Munich decided to sign the defender at any cost after invoking the release clause in his contract and agreeing to pay $51m for the defender. All the big clubs in Europe from Manchester United, Barcelona, PSG, Inter etc were all trying to sign him but somehow Bayern Munich edged forward and landed the services of the already World Class defender at 22 years of age.

Upamecano might have made the headlines playing for Leipzig but take nothing away from Konate as he was equally good, equally crucial and equally impressive as Upamecano which is why it was just a matter of time till the big clubs came to obtain the services of this very talented 21 year old defender. Liverpool came, knocked and decided to invoke his release clause by paying the required amount and both Konate and Leipzig were primed to say yes to Liverpool. Liverpool suffered a great deal last season after long term injuries to their almost entire defence which is why they signed the 21 year old. With age on his side and the talent, if he can stay injury free and feature regularly for Liverpool, Konate will go on to become one of the best defenders in the game.