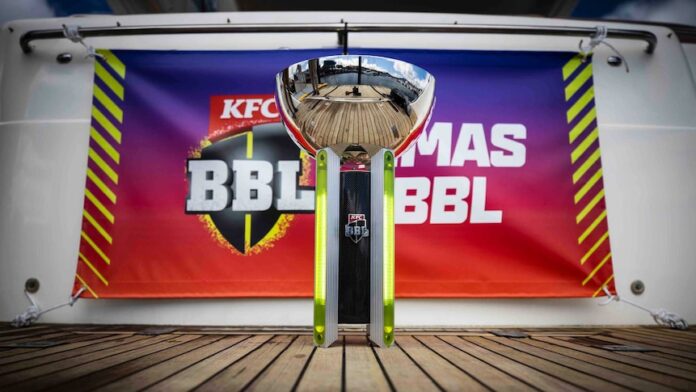 The 11th of the Big Bash Kicked off on the 5th of December with 8 super teams packed with some best T20 players around the world. Stars like Glenn Maxwell, Marcus Stoinis, Andre Russell, Mitchell Marsh, Colin Munro have litt up the tournament with some special performances. The Australian youngsters have shown what they are also capable of and have gone toe to toe with the biggest players in the game and gave them a run for their money. So far, the tournament has witnessed some absolute nail-bitters and some very good games and more importantly, the quality of cricket has been beyond superior. Now as we approach the business end of the tournament, let us look at the potential favourites to lift the BBL 11 trophy considering the form of the players, their position in the points table and the games they have to play against. Let us look at the potential favourites –

Sydney Sixers – One of the best teams in the tournament and the two time defending champions. They have one of the best batting attacks in the competition and they have a pretty good bowling depth as well. They are looking for a three-peat having won the competition in the previous two editions as well. And with the way that they are playing, there is no doubt that they are one of the favourites to win the title.

Perth Scorchers – They are the table toppers of this year’s BBL with 21 points from 7 games along with the Sixers. They have a very explosive and a very impressive batting order. They have been one of the better teams in the tournament where almost every player has lifted his hand up sometime and won the game for their team. This is why they have been doing so well. Some of their batsmen like Mitchell Marsh, Colin Munro, Laurie Evans, Kurtis Patterson have been in some terrific form and they are getting better with every game. And to top it all off, they have a very formidable bowling attack as well.

Sydney Thunder – Another team from Sydney that has been doing pretty well and have a squad depth that anyone will envy. They have some terrific batsmen on their ranks and they have some huge power hitters and some very good all-rounders and some very extra special spinners who make it very difficult to score against them.

Hobart Hurricanes – Perhaps one of the most talented teams in the tournament and one of the most exciting ones as well. They have a very young and good pace bowling attack with some fiery pace and some off cutter specialists. They have a very good batting attack who has been in some form lately. The likes of Wade, Short & McDermott have been brilliant at the top and have single handedly carried their team to some brilliant victories.