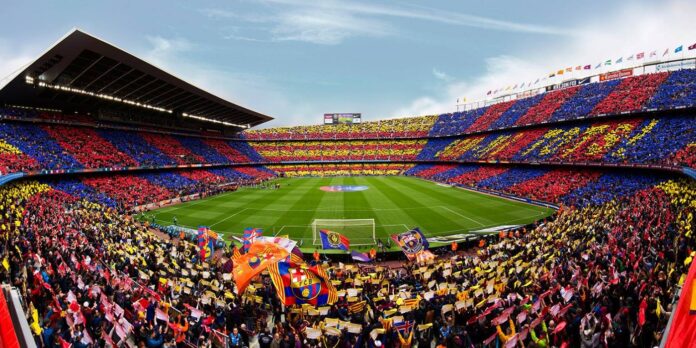 You know it’s not a good time for you since a while now if you are a Barcelona fan. First the club’s downfall, then to make matters even worse how they had to let go Lionel Messi and now their manager around whom they wanted to build a team and someone on whom they had hugely invested in has been sacked by the club themselves. Ronald Koeman has been sacked by Barcelona owing to a string of failures in the current season and his overall performance as a manager of the Catalan club.

Barca has really seen some better days and this season and the things that have happened this season have become very hard for the club to cope-up with. And add to that a string of losses. Barcelona have failed to win 5 away games in a row for the first time in the club’s history since a long while. After losing the El-Classico by a scoreline of 2-1, Barcelona were on the road to gather some momentum and grab much needed 3 points against Rayo Vallecano to climb up the La Liga table. However, they somehow managed to not only drop points but also drop all 3 points by losing with a scoreline of 1-0. They had a golden chance to equalise when they won a penalty in the second half but Memphis Depay’s effort was saved by the keeper.

Barcelona have won only 2 of their last 7 league games under Koeman this season and this was a major reason for him being sacked. As we all know, Barcelona are under huge financial debt and if the club fails to qualify for the Champions League next season, this might make matters even worse for the club. This is why there was an immediate need to change things a member of the board said.

Former club legend Xavi Hernandez is considered the leading candidate amongst several others to be selected for the job. A list that includes many top level managers like Roberto Martinez, Brendan Rogers, Andrea Pirlo & Erik ten Hag are also amongst the names. However Xavi is the front runner and is expected to join his former club soon.

He is currently managing Al Sadd in Qatar which is why there might be an interim coach appointed but Xavi is all set to be the next Barcelona manager according to most pundits and inside sources.

Manchester United also find themselves in tricky waters after having been thrashed 5-0 by arch rivals Liverpool. Ole is however expected to be given a little more time as he is still backed by the board and the club and also as Cristiano Ronaldo is backing Ole. However, Barcelona’s current situation and their hunt for a new manager might be disturbed by the sacking of Koeman even though Barcelona and Manchester United are clearly fishing in different waters in search for a new manager. But this is the world of football and you can never write anything or anyone off can you?

What happens and what will not, remains to be seen.

Till then, enjoy the drama and some managerial rumours.

IND vs SL : The Shikhar of Dhawan’s One Day Career, The Sunrise of Surya Kumar Yadav’s International Career