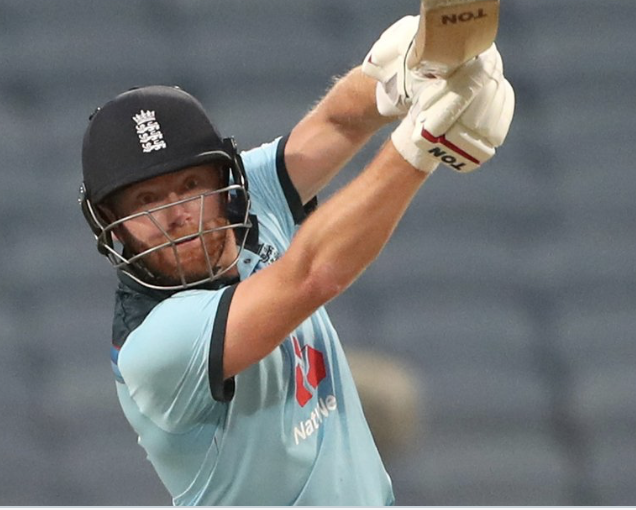 India’s bench strength was revealed in all its splendour in Pune as India won the 1st ODI, thanks to two debutants.

Debutant fast bowler Prasidh Krishna picked 4 wickets as India bowled out England for 251 runs after setting an imposing target of 318 runs in 50 overs.

The second, Krunal Pandya smashed an unbeaten 58, off 31 balls, and in the process, raced his way to joint-fastest fifty on ODI debut.

Kuldeep Yadav made a comeback to the playing XI while Sam Billings, Tom Curran and Moeen Ali returned for England.

India continued their good form with the bat, posting 317 for five in 50 overs.

Shikhar Dhawan, fighting to save his ODI career, narrowly missed out on a century by two runs. His 98 was studded with 11 overs and 2 sixes.

Ben Stokes was the pick of the bowlers for England bagging three wickets, while Mark Wood accounted for two wickets – Kohli and Shreyas Iyer.

England started brightly, but the departures of openers Jason Roy (46) and Jonny Bairstow (94) saw them lose their way.

Bairstow was in blazing form, reaching his 50 off just 40 balls. He was particularly severe on Kuldeep Yadav, hoisting him for a four and a six in the 12th over.

The opening stand between Jason Roy and Bairstow yielded 135 runs in just 14.2 overs when Prasidh Krishna snapped two quick wickets (Roy and Stokes) putting the brakes on the England innings.

Though Kuldeep was ineffective, the Indian seamers put in an incredible effort.

Bhuvi continued his sensational form from the T20 series and finished with 30 off 9 nine overs, bagging the wickets of Moeen Ali and Adil Rashid.

Shardul Thakur, who seems to have made a habit of picking key wickets, finished with 3 for 37.

England fell 66 runs short but India’s joy was tempered by a shoulder injury to Shreyas Iyer who hobbled off in the 8th over.

Even Rohit Sharma was hit on the right elbow while batting and India will be praying, it’s nothing serious.

Will BBL 2020 be lucky for the Hobart Hurricanes?