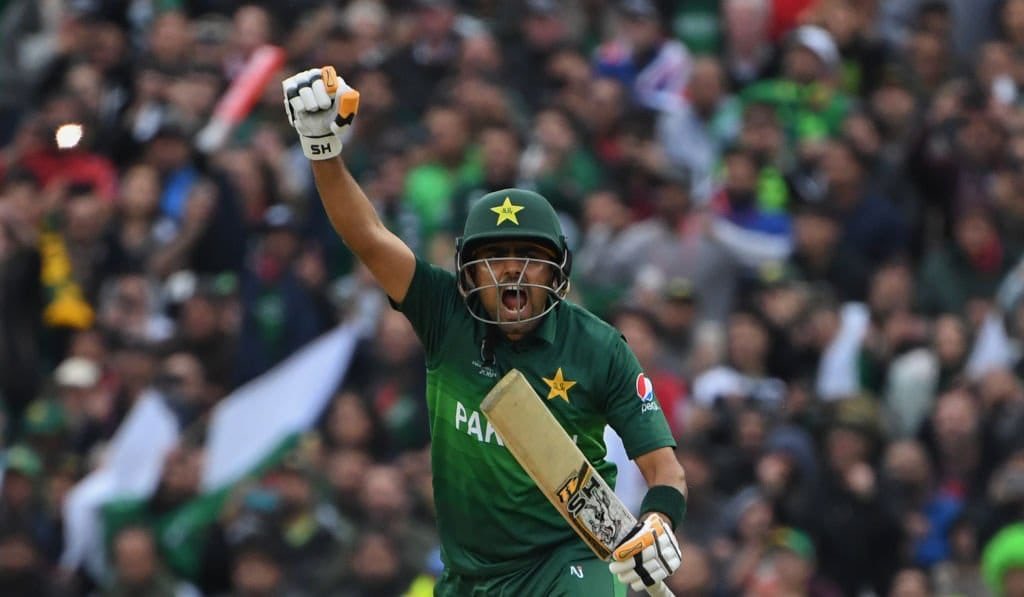 Almost 5 years ago, a boy from Lahore, still in his early 20s, made his One Day International (ODI) debut for Pakistan against Zimbabwe.

It was the first time any team had come to Pakistan since the Sri Lankan team attack in 2009.

So, in a way, his debut marked the return of cricket to Pakistan.

Indeed it was a lucky charm in more ways than one.

The meteoric rise continued. In 2020, he became Pakistan’s ODI captain.

Babar Azam as a boy

Babar was a child prodigy. He was born in Lahore.

The Akmal brothers, Umar, Adnan and Kamran were his cousins.

But, despite hailing from a family associated with cricket, he had to grind his way up.

Babar Azam started playing cricket at Yu Slim Cricket Club, situated within the premises of the Gaddafi Stadium, Lahore. According to groundsman Abid Sadiq, Babar Azam often put a bag of ice on his head while batting, to counter Lahore’s sizzling summer heat.

Looking at his string of high scores and standout performances for the club, it must have surely helped!

In 2007, during the 2nd Test match between South Africa and Pakistan, Babar Azam acted as a ball picker.

Cricketers like Younis Khan, Mohammad Yousaf and Inzamam-ul-Haq used to bump into him often and pat him on the back, for playing well, thus further fuelling Babar’s hunger to play for Pakistan.

Read more about his struggles and experiences here

Babar Azam first turned out in national colours in 2008 as captain of the Pakistan U-15 team, in the International U-15 Challenge Competition.

The team managed to qualify for the final, playing against West Indies. However, they lost in the final but not before, Babar Azam had scored an impressive fifty. The talent hadn’t gone unnoticed.

The team didn’t perform well but Babar Azam showed his class. He was the 2nd highest run getter of the tournament after Anamul Haque, with one hundred and two fifties.

In 2015, he made his debut for Pakistan ODI team. Smashing a classical maiden fifty in his maiden ODI, he announced his arrival in international cricket. There was no looking back from then on.

The maturing of Babar Azam

The once-timid boy has matured to a fine gentlemen, both on and off the field.

His skill set has improved and has become mentally stronger.

He has represented Pakistan in all the major tournaments after 2015 and is the backbone of a fragile Pakistani batting order.

Mickey Arthur, the then-Pakistan team coach, has had a key role to play in Babar’s development. He has nurtured him like a son. In the tests initially, Babar was batting down the order and Arthur kept pushing him up the order, at every opportunity. Arthur kept the boy under close watch even when he was the coach of Karachi Kings.

Focussed on the future

Babar Azam is the flag bearer of Pakistan Cricket Team. Everyone acknowledges his technique and balance on the crease. People often compare Babar to Virat Kohli for his cricketing talent, but even Babar acknowledges that he has a long way to reach Virat Kohli’s level.

Despite all the talent he possesses, the boy is a quick learner, and keeps away from controversies.

Nothing matters to Babar more than cricket. Not commercial endorsements. And definitely, not Instagram.

Today, Pakistan hopes and prays that his redoubtable talent is backed by hard work and perseverance.

After all, he is their biggest hope since Inzamam.

A diamond who is getting polished, day after day.