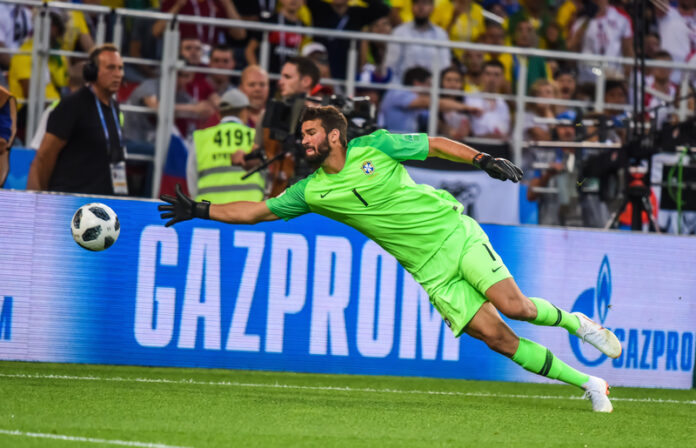 Alisson Becker scored a 95th-minute header to rescue a sensational 2-1 win for Liverpool against West Bromwich Albion on Sunday.

The result means the Reds moved to within one point of Chelsea and three of Leicester City in the race for Champions League qualification, with two fixtures remaining.

For Liverpool, Curtis Jones and Sadio Mane came into the starting line-up to replace Georginio Wijnaldum and Diogo Jota.

Medical sources confirmed that Jota is set to be sidelined for the remainder of the season due to a foot injury sustained against Manchester United.

Hal Robson-Kanu’s precise finish gave the Baggies a breakthrough but the Reds were level by half-time in the Premier League contest courtesy of a clinical Mohamed Salah curler from 20 yards.

Roberto Firmino hit the post and Sadio Mane had a goal disallowed for offside as relegated Albion gave as good as they got.

Kyle Bartley saw his goal ruled out as the Baggies nearly caused an upset before Alisson’s late heroics.

Just as the Reds’ top-four chances looked virtually over the Brazil international glanced in Trent Alexander-Arnold’s corner to clinch a famous victory.

This is the first ever occasion in which a goalkeeper has scored a competitive goal for Liverpool in their entire history, dating back to 1892.

They have only managed to keep four clean sheets since Sam Allardyce took over the club in late December.

It was also a moment to savour for Mohammad Salah who scored his 22nd of the season and is now level with Harry Kane for the highest number of Premier League goals this season.

Here is the Alisson Becker goal!