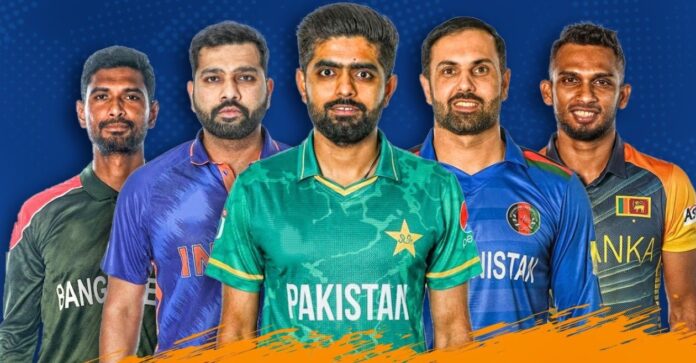 The Asia Cup is just around the corner. The Iconic tournament will be played from August 27 to September 11 where the best cricket teams from Asia will be competing with each other for supremacy. Naturally, India and Pakistan are the red hot favourites to lift the trophy this time around too. Sri Lanka and Bangladesh are good teams too but they are going through their fair share of struggles.

After bilateral games between India and Pakistan have been stopped owing to the political issues between the two countries, the relevance of the Asia Cup has increased manifolds as fans get to see the epic – India vs Pakistan rivalry on the field.

2022 being a T20 World Cup year has come as a blessing for fans. India and Pakistan are already scheduled to play against each other in the T20 World Cup on October 23rd in Australia. And now with the Asia Cup also in the narrative, India and Pakistan may place thrice more before the world cup with two clashes almost confirmed (And the third one might be an epic Asia Cup final if both these teams play according to the amazing form they are in)

Was that even a doubt? Even if this was a list of the 5 players to watch out for in the World Cup, Kohli would still make it to the top of this list. And yes, he has been out of form for a while but he still is King Kohli for a reason. He has been rested and taken a break from Cricket after the series in England and now with almost a month-long gap, he will be raring to go and make a statement. Especially after all the buzz and the noise going on. Expect King Kohli to be an altogether different beast.

Babar Azam is loving life at the moment. He just cannot stop scoring and he is scoring centuries for fun at the moment. He is already the number 1 batsman in multiple formats and he looks better than ever. He will be looking to make sure that he continues his purple patch and help his team lift the Asia Cup.

Rohit Sharma will be looking to make a big impact as a captain and announce himself on the world stage by lifting the Asia Cup. He already has won 5 IPL trophies as a captain, he has a fantastic T20 record as a captain and now he will be looking to add more feathers to his hat by winning the World Cup and Asia Cup. Expect him to be at his absolute best and maybe play that sensational Hitman knock where he single-handedly just runs away with the game.

After Babar Azam, Rizwan has been a shining star of Pakistan’s batting order. Especially in T20I’s. He has been scoring tons of runs at a sensational strike rate. What stands out about Rizwan is how he just builds his innings. He can defend, rotate and attack when the situation demands. This is what makes him one of the most exciting and dependable players to watch out for. Expect him to have a great Asia Cup in 2022.

Boom Boom might be injured, but he will surely make a stellar comeback. And yes there are few doubts about his availability for the Asia Cup, but he is India’s Trump card when it comes to bowling. He is the one who makes a difference of 10-20 runs in the death. He is a master tactician and superb with his variations and someone who can bowl yorkers at will. If Bumrah is fit and running in the Asia Cup, expect him to break some stumps with those toe-crushing yorkers.

Who do you think will shine amongst these superstars and decide the fate of the Asia Cup on their own? Do let us know in the comments below.

Face saver for Australia as they win the third T20

England vs India 3rd T20I Match Preview And All You Need...