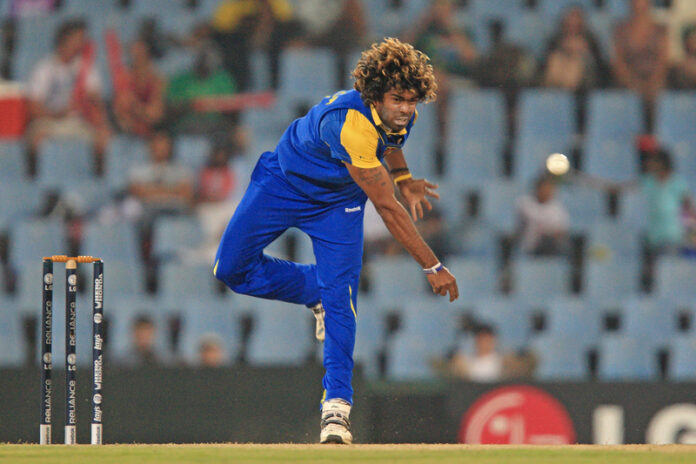 While batsmen often hog a lot of the limelight in the IPL and Twenty 20 cricket in general, it is the bowlers who have unenviably the more difficult task.

They have to face some of the best hitters of the cricket ball, armed with a license to let loose from the first ball.

The rules are also skewed in favour of the batsmen. And the bowlers have to keep the scoring rate down while also taking regular wickets.

They have to do all of this in a space of just four overs in spells that rarely last more than two overs.

It should therefore come as no surprise that being a bowler in the IPL is easily one of the most difficult jobs there is and yet there have been the special few who have been able to rise above the rest.

Choosing just 4 of these is a difficult task and the honorable mentions include Jasprit Bumrah, Ravichandran Ashwin, and Dale Steyn.

Now that we have gotten that out of the way, let’s take a look at the 4 greatest IPL bowlers ever in the IPL.

One team that has been able to rise above middling performances in the initial years of IPL has been Kolkata Knight Riders and Sunil Narine has been an instrumental cog in that resurgence.

He is the most economical bowler in the IPL who has played in at least 100 matches and that is a huge testament to his skills for two reasons.

The IPL features some of the most prolific hitters in the game and Narine is often put into bowl against the best batsmen in the opposing team.

Second, he came into the tournament as a mystery spinner and while spinners in this category can prove successful for a couple of seasons, Narine has been able to stay relevant and effective for more than eight years.

He has picked up 123 wickets so far while only conceding 6.66 runs an over on average.

Another advantage of having him in the team also means that batsmen often have to attack the other bowlers and take more risks which often results in them losing their wicket to someone else.

He has managed to do this by being very consistent with where he bowls. He rarely bowls loose deliveries and that forces the batsmen to either just choose to play him out or to go after him which involves a lot of risks.

KKR have reached the playoff six times in total and have lifted the trophy twice and Narine has had a massive role to play every single time.

It is undoubtedly a massive accomplishment when a single player can put an entire country on the map and that is exactly what Rashid Khan did in 2017 when he showed that Afghanistan can also produce quality cricketers.

Another wily spinner, he has picked up 55 wickets from 48 matches while only giving away 6.61 runs on average.

This is especially impressive as the IPL has seen bigger scores over the last few years and he has had to bowl the majority of his overs against some of the very best batsmen in the game.

Boasting a very hard to read bowling style, Rashid has the incredible ability to tie the very best in the game down by making it very difficult to predict the trajectory of his balls.

He also adapts very well to a wide range of pitch conditions and knows when to attack and when to contain.

His googlies are particularly difficult to spot and he bowls more googlies than regular leg-spinners.

This unpredictability often forces batsmen into playing him defensively. He also tends to bowl quicker through the air with incredible accuracy and that further complicates things for the batsmen facing him.

In just 4 short years, he has become one of the faces of the IPL, and that in a tournament with the who’s who of the cricketing world is no small feat.

His name may come as a surprise to many but there is a very good reason for that.

The man who had a rather brief career and is currently involved as a coach still holds the record for being the most economical bowler in IPL history.

His career is one of the biggest what-ifs of the tournament.

T20 cricket and the IPL in particular are a young man’s game and by the time the IPL came around, Kumble was already in the twilight of his career.

However, he still managed to play during the first three years of the tournament and managed to hold his own against the big names of the cricketing world.

In all, he played in 42 matches and bowled 965 balls and only conceded 1058 runs at 6.57 runs an over which is a statistic that is yet to be bettered all these years later.

It wasn’t just about keeping the runs down with Kumble.

He picked up 45 wickets at a strike rate of 21.44 which included 2 four-wicket hauls and a five-wicket haul.

One can only imagine what Kumble could have achieved had he been able to play in the IPL while still being in his prime.

One of the best leg-spinners of all time, Kumble was often able to outfox batsmen with his guile and flight.

He was also able to get a lot of bounce thanks to his lanky figure.

He has stayed active in the IPL as one of the coaching staff at the highly successful Mumbai Indians team until last year.

He has joined Kings XI as their coach from this year and if the matches so far are anything to go by, he has already made a huge impact with the bowlers of the current generation.

One of the biggest stars of past years not to play in the IPL in 2020 is this man.

Malinga showed the world that even in the high-octane world of the IPL, the yorker is still one of the most effective weapons in the hands of a fast bowler.

Malinga had the difficult task of bowling the opening overs and then again at the death, parts of the match when the batsmen are in their most destructive temperament and he was able to go through it all with ease.

While his accuracy did wane last year, prior to that he was able to bowl inch-perfect yorkers on will making the life of even the best batsmen in the world difficult.

He was at his lethal best when the asking rate needed to be bought under control and he would apply the brakes on the opposition’s charge by stifling them with incredible efficacy.

This also resulted in the opposition losing wickets by trying too hard, a fact that is reflected in Malinga’s 170 wickets-tally which to this day is the most by a bowler in the IPL.

While bowlers like Jasprit Bumrah are seen as the modern exponents of the yorker, Malinga was the original promoter of the yorker as an effective tool against batsmen on the offensive.

This is not new knowledge but bowlers often refrained from using it regularly, especially in the death as the margin for error is very small and it is just as easy to give away an easy full toss that the batsman can cart for a maximum.

Malinga in his prime had the incredible ability to bowl yorkers in crunch situations which made him invaluable in the death and in super overs.

No conversation about Malinga will be complete without looking at his unique slinging action. This added another difficult element for batsmen who had to face him.

The final arrow in his quiver was his pace as he could bowl really quick deliveries with pinpoint accuracy.

A career economy rate of just a little over 7 and an incredible strike rate of just 16.62 along with being the most prolific wicket-taker in IPL history makes him the greatest ever to bowl in the IPL.

Will KL Rahul miss out due to Rishabh Pant?